I didn’t actually race Lake Placid this year. I volunteered, spectated, and cheered all my tri camp friends on so I could sign up for 2013! This was my first time going to an Ironman and let me tell you, it was a very overwhelming and inspiring weekend! I just love the culture of Ironman! Lake Placid truly transforms and embraces the Ironman during race weekend. Very cool! 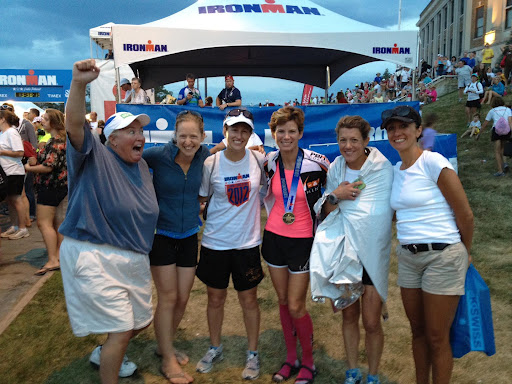