With less than 30 days until Ironman Lake Placid, I managed to lose my mojo…

No bueno. As of today, Ironman Lake Placid is 16 days away. Holy shit! (commence anxiety attack)

Build was going good. Week one was solid. Week two was good. Then week three was the holiday week. It was a good week, but it was rather lackluster compared to what it should have been.

I spent most of the week at my best friend’s camp on Little Ossipee Lake, which is really one of the highlights of my year. Fourth of July is my favorite holiday. Okay, maybe it’s tied for Thanksgiving. I love me some turkey! 🙂

Last Monday night I did 4400 yards in the pool and it went really freaking well. I swam partly with a couple local swim team girls that definitely kept me working and then partly on my own. I haven’t swam that many yards in one sitting since high school and I was pleased how well it went.

Tuesday night was spent at camp. I got in a short 3 mile jaunt before it was booze cruise time. We took a quick cruise around the lake then J’s mom decided she was going to drive the boat until to boys and J’s sister arrived. And, by driving I mean it was more or less gunning the boat and circling around. I was definitely hanging onto my beer with white knuckles!  Once everyone arrived it was back to the normal booze cruise speed and the rest of the night was history… and I ended up staying up way past my bedtime! 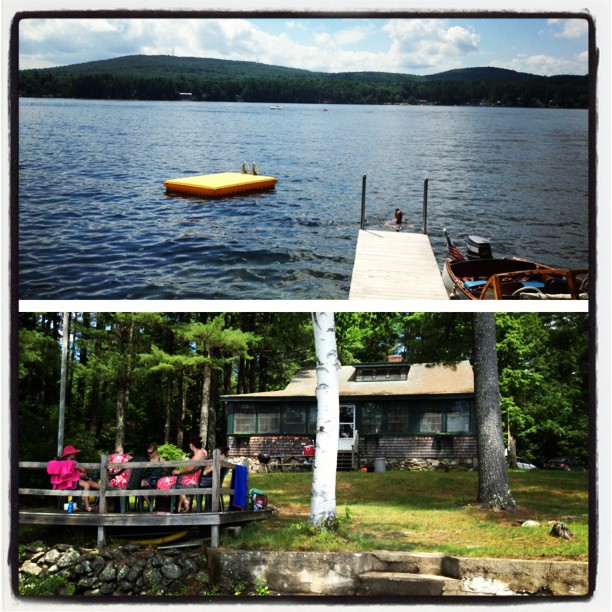 A borrowed picture of one of my favorite places!

Wednesday I got up early to swim before all the boat came out of their boathouses. Somehow my wetsuit has gone missing so I had to swim sans wetsuit. I didn’t swim very long, but enough to get comfortable in open water again. Later that morning I got a call from a woman I had interviewed in early June for a position that I really really wanted. I didn’t get the job. I was second choice, which is bittersweet. She gave me some great feedback and said that she believes that I will go far in the public health field, but I just need more experience. No shit. That’s my problem, trying to find a job to get said experience. That news definitely set the tone for the day for me and really the week.

I got a good pep talk from the girls and tried putting the bad news aside and focused on having some fun. I managed to get out on my bike for an easy 20+ mile ride and then ran home to grab my dog to bring her to the lake. Reagan LOVES to swim. Plus, she makes me feel better. Except when she decides that she needs to sleep with me on the tiny little cot I had! At least this year I didn’t have to carry her down the stairs like the previous years. My dog has some sort of irrational fear of wooden stairs and refuses to go down them unless I carry her. A 50 pound hairball gets quite heavy at times. I can’t judge her too much though, I have an irrational fear of bologna…. don’t ask… 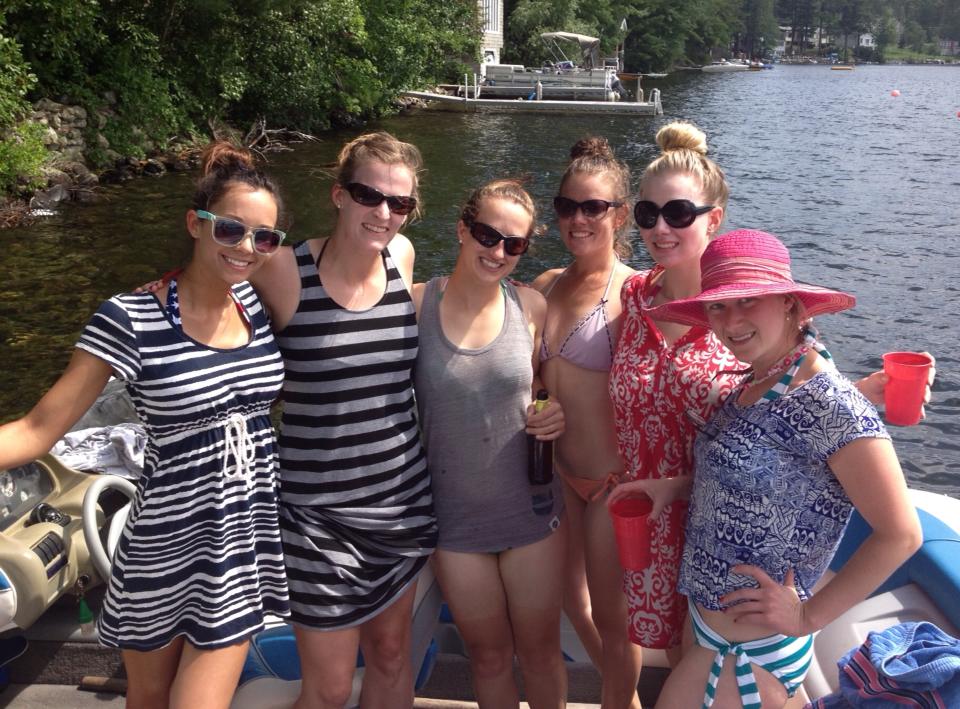 Some of my favorite girls!

Thursday. Happy 4th of July! It was a perfect day. Sunny and hot (unlike most of the Maine summer weather thus far). I got up early and headed out for my long run. I attempted to run around the lake, which I estimated would be about 10 miles. However, I’m a bit directionally challenged and got lost. The first 90 minutes went well. Knee was holding up well and I was content with my slow ass pace. I got honked at by some creeping old man. Awesome. The rest of the morning was spent drinking mimosas by the lake until everyone rolled in. Lots of adult beverages were consumed along with lots of food that I probably shouldn’t have eaten. Oh well. So worth it.

I ended up missing a couple of key workouts. However, at the end of the day I don’t think it’s going to matter too much. The real work as been done. Ironman athletes are truly made in the winter. All those long boring miles on the trainer and treadmill build the endurance you need for race day. My training has not gone as planned. Many people have asked me about my estimated finishing time. When I first started training back in January I had an idea of what time I wanted to finish by. However, with all the roadblocks I have hit over the course of the past 7 months, I just want to finish (preferably in one piece). 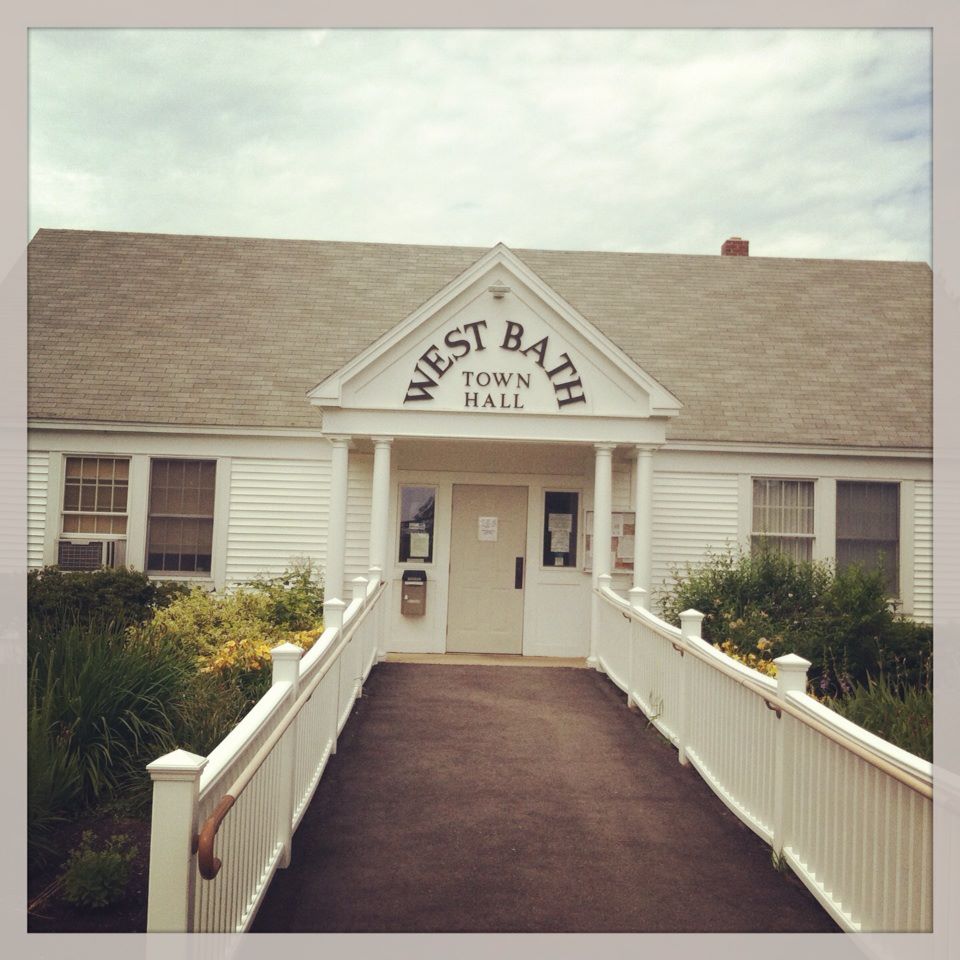 Oh yea, I rode my bike 109 miles on Sunday… The turn around point of my ride

This week is going much better training wise. I’m back on the ball. Mentally I’m in a much better place too. Now that I’ve had a week to digest the fact that I didn’t get the job I really wanted, I’m beginning to think about what’s next. I started to put a plan in place and I definitely feeling good about it. The mojo is coming back! Time to get this Ironman thing done with! 🙂