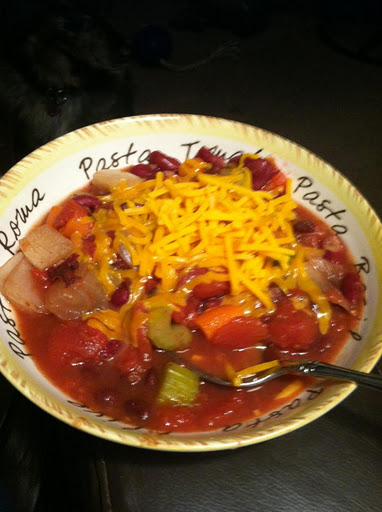 2. Cook on high for an hour or two, and then reduce to lower temperature setting for 8 hours or overnight.

3. Taste and adjust seasonings, and add optional cinnamon and chocolate before serving.

This recipe and many others came from: http://www.healthygreenkitchen.com/kidney-bean-crockpot-chili.html.

FYI- I really don’t like Tequila. I really don’t drink much either because I have such a low tolerance for alcohol. After two glasses of wine I’m usually passed out on the floor. However, sometimes when I have far too much to drink, like at my best friend’s bacholerette party this past June, I think it’s a great idea to do Tequila shoots. 10 out of 10 times I generally puke almost instantaneously after biting down on the lime. Please never give me Tequila.