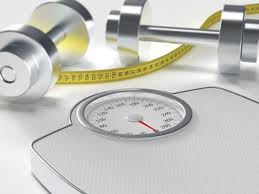 So… I’ve been thinking about writing this post for a long time, but I’ve kind of been living in denial.

Since November-ish I have lost 20 pounds. I’m 5’4″. I have weighed 145-ish pretty steadily since middle of college and have always kind of considered it to be my “happy weight” since I could never really lose any pounds. According to my height’s BMI, I should weigh between 108-145 pounds. Anything over 145 pounds was getting into the overweight zone. I did not want to be there. Of course, BMI isn’t the best tool to measure one’s body weight and health especially if your an athlete. I’ve always been pretty muscular. My junior year of high school I weighed 130 pounds and had 17% body fat. I skied, played lacrosse almost year around and rode horses competitively. My horses were boarded a half mile down the street from us so most nights I would walk down there to take care of them. I was lucky that my mom did all the morning chores, but I still did my fair share of mucking stalls, throwing hale bales, carrying 50 pound grain bags up a hill to the barn. It was work. I had muscles from all that work and sports. However, I’ve always had issues with body image. I have two younger sisters that are both tall, long legged, and naturally thin. I’m built more like my mother. Short with very short legs and a long torso. Because I am not tall and skinny like mys sisters, my father use to tell me I was fat and I shouldn’t eat something almost on a daily basis. It sucked! I mostly ignored his comments, but secretly they hurt. No one wants to be told they are fat, especially from one of their parents. In retrospect, I realized that it was bullying. A couple years ago I completely blew up at him about it and told him in not so many nice words that it wasn’t cool. No parents (or anyone for that matter) should tell their child that they are fat on a daily basis, especially if they really weren’t at the time. If your child does have some weight issues then it’s best to address them in more appropriate way.

Fast forward to my college years. I actually lost some weight my first year of college because I wasn’t eating as much as I should have been. Then sophomore year was when I started making some good friends and we did some partying. I always ate fairly healthy (or what I thought was healthy at the time) at the cafe, mostly sandwiches, salads and soups. And, of course, cookies. I have yet to meet a cookie I didn’t like (well, that’s not completely true since I don’t like caramel or butterscotch). I would go to the gym, but my workouts would consist of the stationary bike and the elliptical. I always read too during my workouts since I had a ton of homework as a science major. I hardly ever did any strength work and sometimes I would go to a yoga class once a week. I gained a few pounds in college, but I was pretty consistent around 135-ish. Then I graduated in December 2008 and my mother my diagnosed with a very rare and fatal neurological disease that killed her within 10 weeks of diagnosis. Obviously, when your body is under an immense amount of stress, you gain weight. Stress coupled with the constant flow of delicious food friends and family kept dropping off for us, I gained a few pounds. Later that fall I did a 4 week long bootcamp class that had 3 sessions a week at 5:30am. It was a ton of fun and I got into good shape, but I never really lost any weight. Then I started competing in triathlons in 2010 and trained (and won my AG) in my first half-ironman last year. Again, with all the training I was doing I never really lost any weight.

I never considered myself overweight, but I could tell that my body wanted to lose weight. Last fall I ordered a scale with body fat percentage. I honestly could care less what my actual weight in pounds is, but I do care about my body fat percentage since that is a better indicator of a healthy weight. My body fat percentage was around 25%. Not overweight, but leaning towards that. Last year I got a taste of podium finishes and I decided that I wanted to become more of a competitive athlete vs. a recreational one. I also decided that I prefer long course triathlons and I knew that an Ironman would be in my near future very soon. I decided to hire a triathlon coach and also a personal trainer to help me reach my goals. Both were the best decisions I have made in a very long time and I have both of them to thank for helping me get where I am today! So, thanks Mary and Kelsey! You ladies rock!

Anyway, last week I weighed myself and my scale read 125 lbs and 19.9% body fat! That is about 20 pounds since December-ish. I’m still not at my goal, but I’m very happy. Many people have been noticing lately too, probably because none of my clothes fit and I look a bit like a hot mess since I hate buying new clothes. The two new pairs of jeans I purchased at the end of April are now getting too big again too. Grr… I know I shouldn’t complain since most women would kill to have this problem.

But all this weight loss has got me to really thinking about the issue of weight and health. I have three prospectives on the issue:

I think that as we all travel through our own weight loss and/or fitness goals, that we remember that it isn’t necessarily the number on the scale that we should strive for, but a healthy and fit body that allows us to do the things we love.
So, what do you think about the issue of weight, race weight, body fat, and body image?
References
1. http://www.associationofmodelagents.org/become-a-model/getting-started-as-a-model.html
2. http://blogs.webmd.com/pamela-peeke-md/2010/01/just-what-is-an-average-womans-size-anymore.html
3. http://abcnews.go.com/blogs/headlines/2012/01/most-models-meet-criteria-for-anorexia-size-6-is-plus-size-magazine/
4. http://www.nationaleatingdisorders.org/information-resources/general-information.php
5. http://www.cdc.gov/obesity/data/adult.html
6. http://www.cdc.gov/nchs/data/databriefs/db82.pdf
7. http://www.usatoday.com/news/health/story/2012-05-07/obesity-projections-adults/54791430/1
8. http://www.cdc.gov/nchs/fastats/overwt.htm
9. Nancy Clark’s Sports Nutrition Guidebook, 4th Ed.
~ Happy Training!

One thought on “Weight Lost, Race Weight, and Body Image”