Okay, maybe it should really be brought to you by the word PROCRASTINATION since I should be either a) writing my healthcare policy paper that is worth 40% of my grade or b) writing my master’s thesis paper so I can actually graduate in December.

I know this blog is supposed to be mostly about triathlon, but I’m in my off-season with no races in my horizon so I’ve been blogging about other stuff (someone please sign me up for a race so I have something more entertaining to talk about?). In all honesty, I have a lot of crap going on in my life. I talk about in vague on here, but for the people who do know me in the “real world” I appreciate all the emails and texts I have been getting from some of you. Especially Lady Luck out in Bozone! Couldn’t do it without you girl! xoxo

I’ve been dealing with a lot of stress and anxiety lately in my professional, educational, and personal life. Most of which is self-induced. See, I have this little problem where I think I can do anything and everything all at once and survive. I’m currently in my last semester of my MPH program. I’m taking 7 credits. My advisor warned me beforehand that it might be too much with working a full-time job, but I brushed it off and said I could do it. Last spring semester I took 9 credits, trained on average 12-15 hours a week, worked a full-time job and managed to get a 4.0. Obviously, I’m a rockstar. Well, these 7 credits include my master’s thesis paper and my internship that I need to graduate.

I’m having trouble motivating myself to do either. I have started the research for my paper, but the professor in charge of it has been rather lackluster and hasn’t given me much direction. I’ve just been ignoring the fact that I should probably be writing my paper instead of this blog post. My internship project has been a bit of a slow start, but next week I will be getting a ton of data and will soon become a slave to Excel. But again, I’ve been ignoring the fact that I need to buckle down and finish all this work so I can graduate.

2012 has been a bit of an up and down year for me emotionally. I sum it up to the fact that I’m growing up. I’m emotionally evolving and trying to find my place in this world. For the most part I’ve had a good life, but there are definitely things I’ve gone through in my past that have left scars. We all have scars. We’re human. My problem is I have tendency to just shut things away and try not to think of them. If I ignore my problems they will go away, right? Well, no. This year many of them have appeared in front of me with their heads rearing forcing me to confront them. I’ve been fairly successful with dealing with most of them, which is a start. 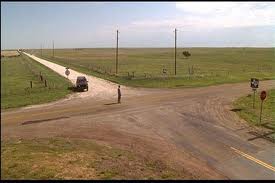 However, I’ve finally come to a crossroads in my life. I need to make some changes. Soon. I’m tired and bored. However, I feel stuck. I’ve been trying to make changes, but it’s not as easy as it sounds. But then again, if it doesn’t challenge you then it doesn’t change you, right?

I’ve been in the process of applying to graduate school (again). There is one particular school that I’m applying to. However, the catch is, I can only go if I get offered a TA position and tuition waiver because I can’t afford any more student loans. It sucks to know that my dreams could hinge on the fact that I can’t afford it (welcome to the real world right?). Plus, I don’t even know if I will get accepted or not. Only time will time.

I’ve been ignoring the fact for a long time that I need to take a different road in life. It’s been a long time coming, but I think I’ve finally accepted that it is happening. This year I finally figured out what I want to do with my life. I’ve been slowly working on getting there and, of course, a lot of it hinges on the whole grad school thing. I can reach my dreams in other ways so I do have several plan B’s.

But I’ve come to realize that ignoring my problems or people makes me a coward. A coward is someone who lacks the courage to do or ensure dangerous or unpleasant things. I’m not doing anything dangerous, but certainly somethings I have been dealing with are unpleasant (like writing a thesis paper? 🙂 ). But in order to move forward then I have to open up some old wounds. In the past I had a tendency to ignore or avoid people who I was having issues with. It was a cowardly thing to do. Ignoring someone isn’t going to make the problem go away and is hurtful to the other person. I’ve realized that I just need to “grow some balls” and deal with the problem head first. I find that honesty and the truth is much better in the end. I’m a strong believer in saying what you mean. I’m currently in a situation with a friend who has been ignoring me after I said some things. I’m very hurt about the situation and I’d rather the person just tell me what they really think. I’m sure it will not be the most pleasant thing to hear, but I’d much rather be hurt by the truth than a lie. Ya know?

As I talked about previously in one of my posts, I just need to live in the Now. Forget the past. What’s done is done. The decisions I make today are the ones that are going to affect my future. If I want to fulfill my dreams then I need to stop ignoring my problems and start working on changing them. In a nutshell, it’s called growing up. And, well, maybe I should start my thesis paper too! Unless, someone really wants to write it for me? 🙂