Finally, we had a half way decent Fall weekend in Maine. Once again I have been focusing on procrastinating writing my health policy paper that is due at the end of the month. But, seriously I did start it last night… be proud. Be very, very proud.

Friday night I spent at home relaxing from some very stressful few weeks. A friend called asking me if I wanted to go out and grab a drink, but I just wanted to stay home and not do anything. The past few weeks have been a bit of a whirlwind for me and I’m hoping that my luck will turn around soon. Thinking positive thoughts! 🙂

I got quite a few pumpkins from my CSA farm and didn’t know what exactly to do with them. My father wasn’t going to allow me to do what I really wanted to do – to use them for target shooting with his rifle. I guess my father doesn’t trust me with a gun. But, what he fails to realize that I actually have a halfway decent shot! 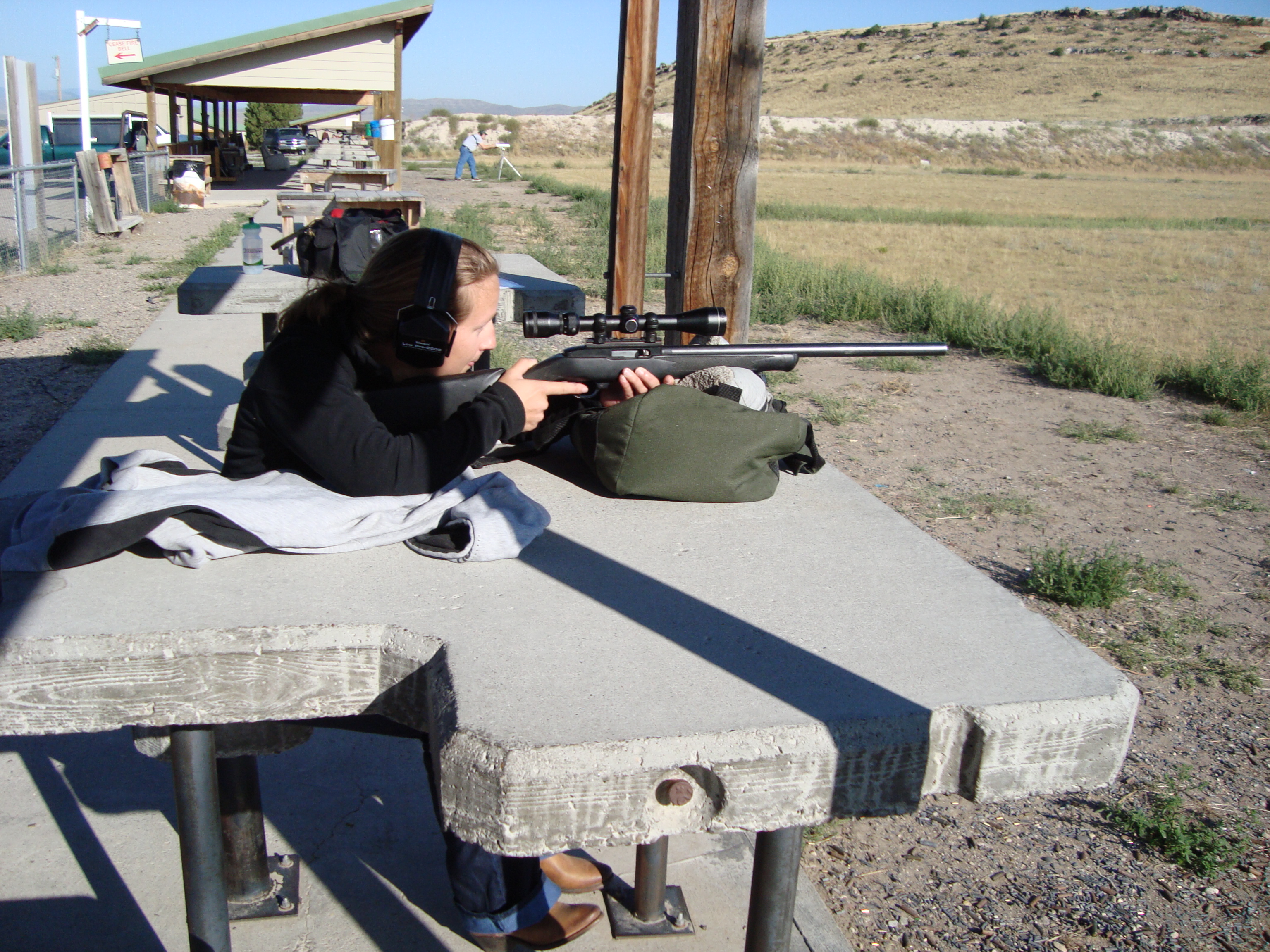 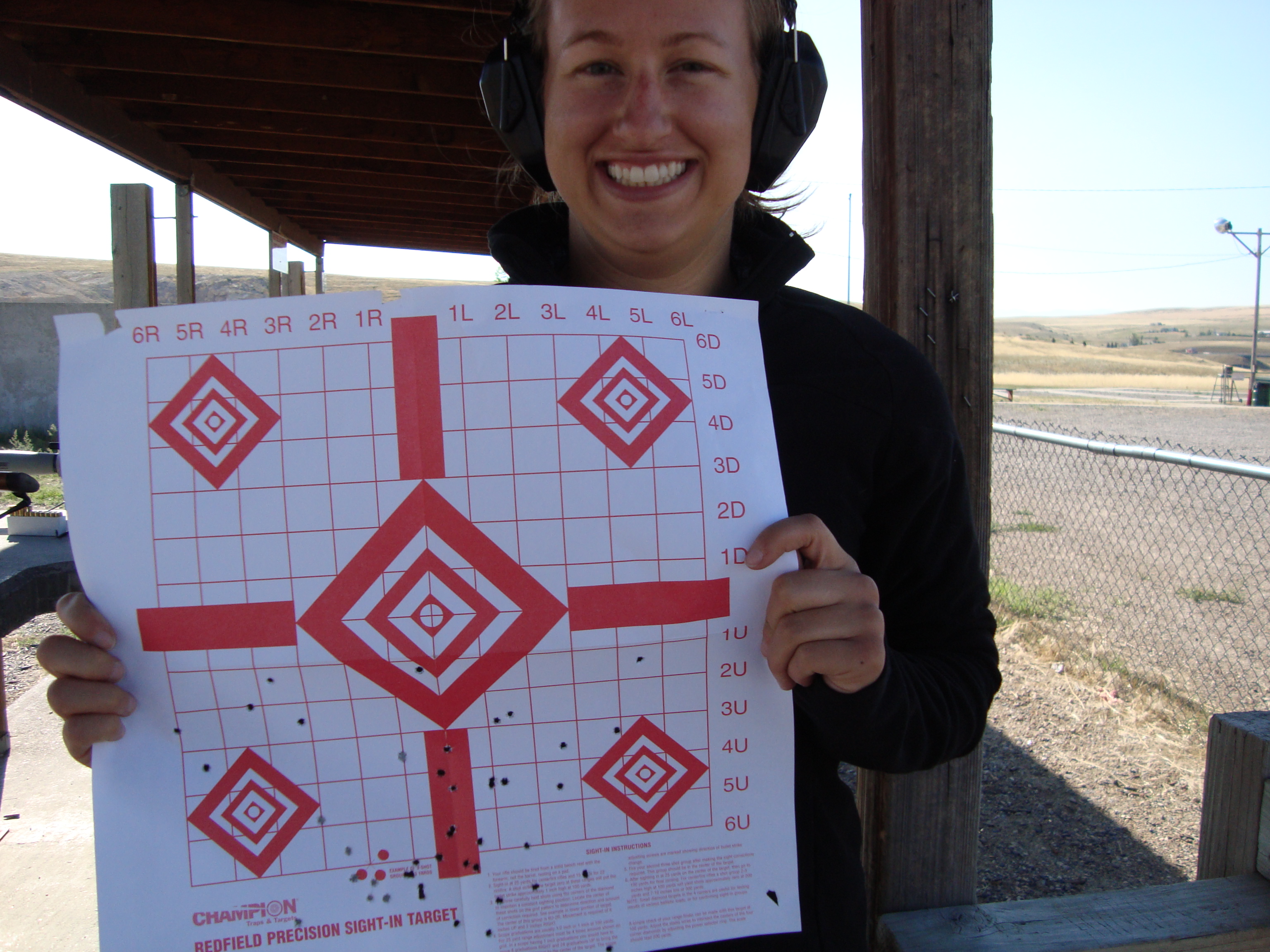 Look at that aim! Okay, so I’m not that good…

So, I did what every respectful pumpkin owner would do – attack it with a giant knife! I’ve never craved a pumpkin before, but because I’m the ambitious type I decided that I was going to crave my bike shop’s logo into the pumpkin and give it to them. Aren’t I just the best person ever? (Don’t answer that…) 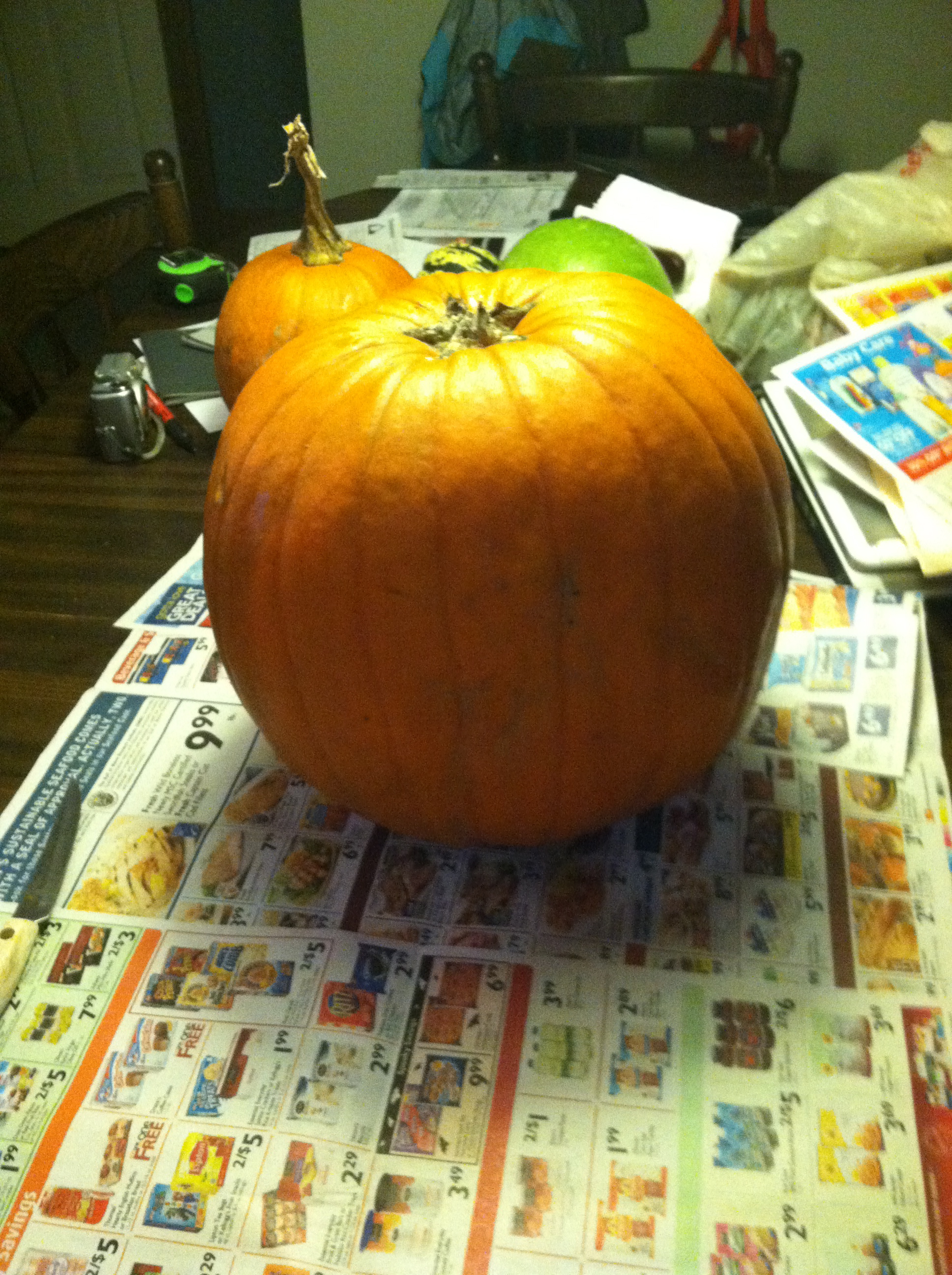 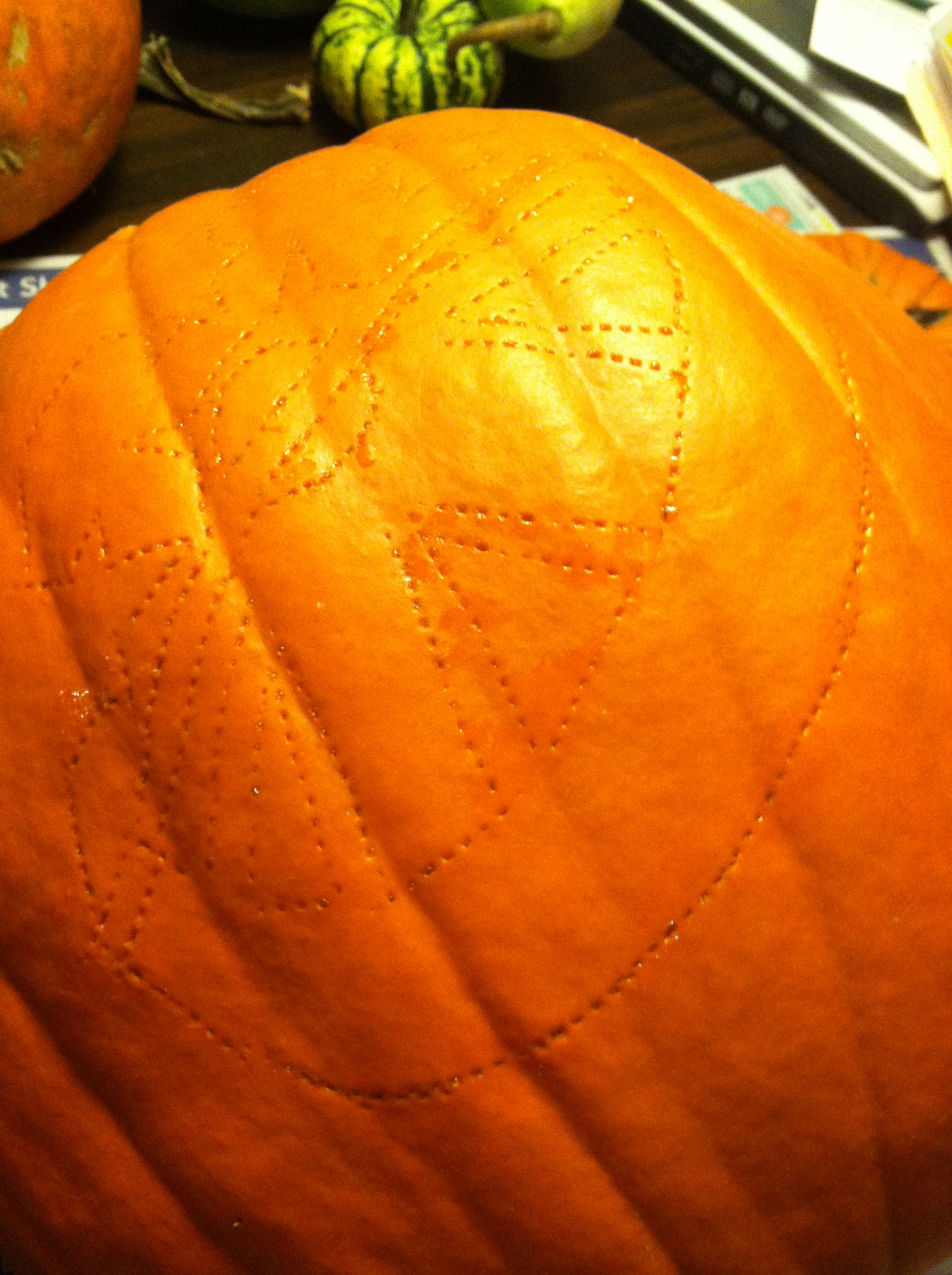 Tracing the pattern onto the pumpkin 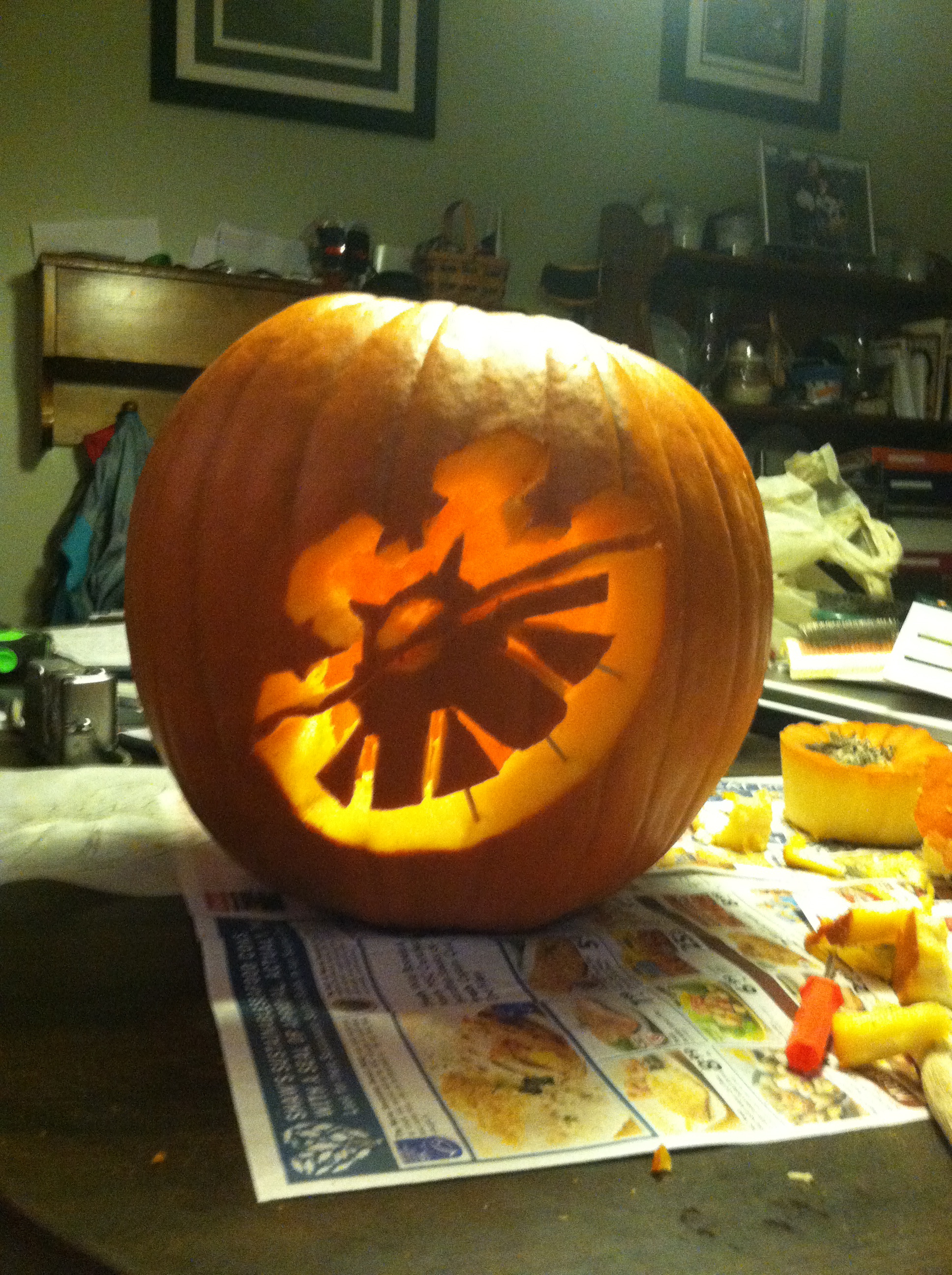 I did have a couple oopsies, but luckily toothpicks do a good job of holding up the fallen pieces. I think it came out pretty good for my first time. I give it about a C+. The boys enjoyed it and that’s all that really matters. (Although, I’m sure they were secretly hoping for something yummy to eat).

I wanted to get a lot done on Saturday so I decided to get my butt out of bed super early and hit the gym. I pulled into the parking lot at 6:01 only to find out that the gym opens at 7:00 on the weekends. Duh! Panera opens at 6am so I got breakfast and read a couple of articles out of Inside Triathlon then headed back over to the gym. I had a good workout despite the fact that my abs and glutes were still super sore from my first crossfit experience on Thursday evening. More on that later this week.

On Saturday mornings Lululemon offers free yoga classes at their showroom in Portland so I decided to hit up a class. One of my off-season goals is to do as much yoga as possible to help with my flexibility, or more like lack there of. I’ve also found that I really enjoy yoga. When I first tried yoga in college I really wasn’t keen on it. I found it boring and painful. My attention span isn’t very long so I had trouble staying still in poses. I stopped yoga for a while and picked it up again last fall when I was injured. I fell in love with it. I didn’t do much over the summer because I found it hard to fit it into my training schedule. But, I think I’m going to try to make it a priority to at least hit up one class a week throughout the winter/early spring months. I’ve finally found that mind/body connection in yoga and for the most part I can forget about things in class. It’s a good feeling. Living in the Now.

After class I walked back to my car only to find a parking ticket. Awesome! See, bad luck. Dropped the pumpkin off and headed home. I had to work in the evening. It was busy for the first couple of hours, but after 6:30 usually it’s dead. I spent a good hour or hour and half just pacing back and forth trying to figure some stuff out. Next year I’m hoping to launch phase one of my dream business so mentally I’ve been working up a business plan in my head. Of course, I really ought to put in on paper. So, stay tuned for hopefully a launch during the spring! 🙂

Sunday was a gorgeous Fall day. My initial plan was to ride my bike up to Pineland to watch some of the cyclecross races, but I honestly haven’t been very motivated to ride my bike lately. Part of it is because I don’t have a workout to do and the other part is the lack of a riding partner.

Instead, I decided to run! 🙂 I ran a mile on the treadmill Saturday at the gym to test out my foot. It hasn’t bothered me in a little while so I figured I’d give her a little test. I didn’t feel like running on the road. I decided that a little trail running would be fun! Plus, I could bring my dog! Normally, I would go down to the Eastern Trail, but I’m tired of that and Bradbury is a little to “rooty” for my foot at the moment. I decided to hit up Twin Brooks. It was a bit muddy, but both Reagan and I had a blast. I wore my Garmin just to see what my pace was although I wasn’t running for pace. It was painfully slow, but such as life. I ended up running about 3.5 miles overall. And, the foot held up pretty good! 🙂 So, hopefully that means I can start to resume some run training. I’d like to run the Turkey Trot and also the Thanksgiving 4-miler in November. 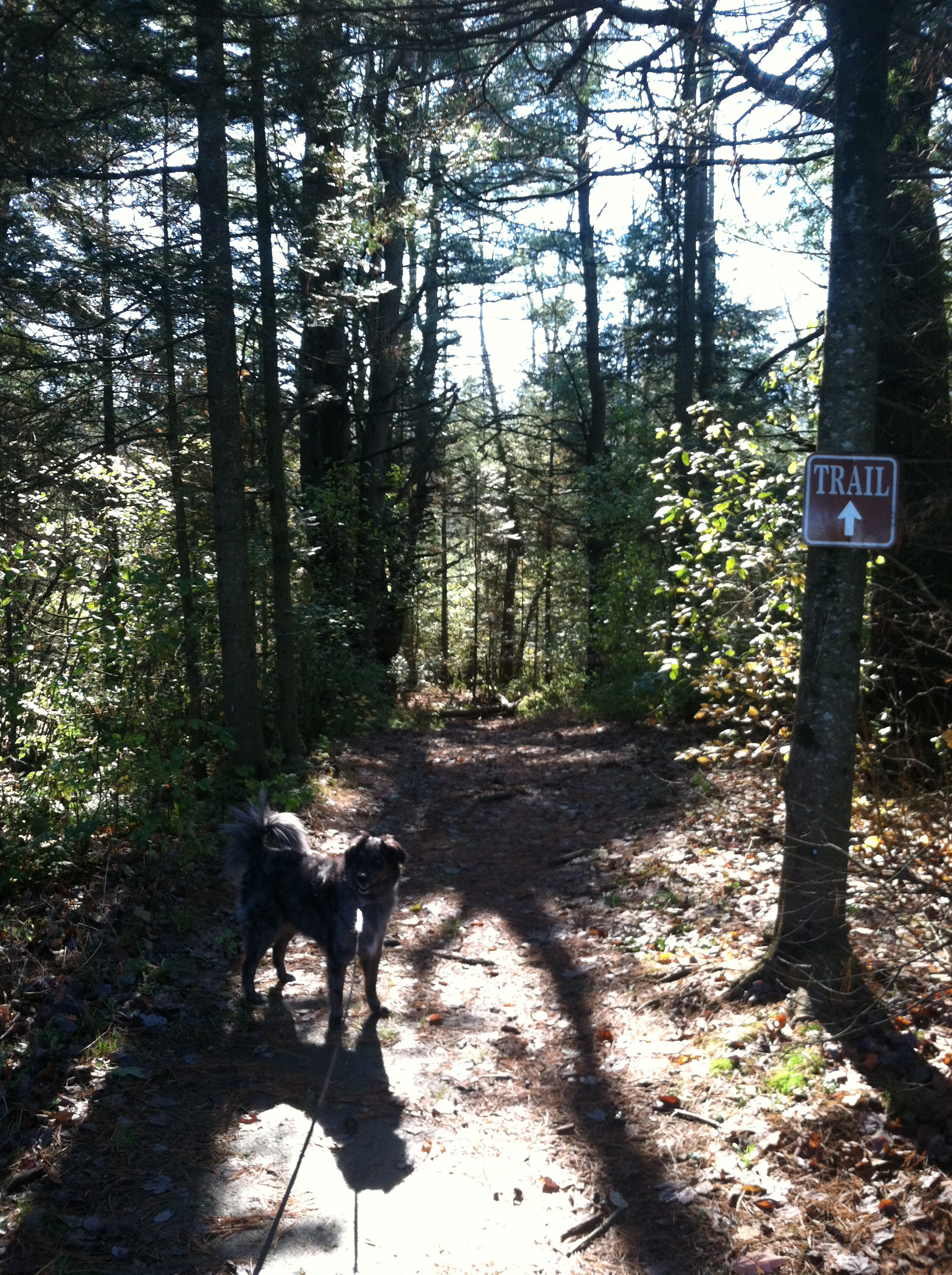 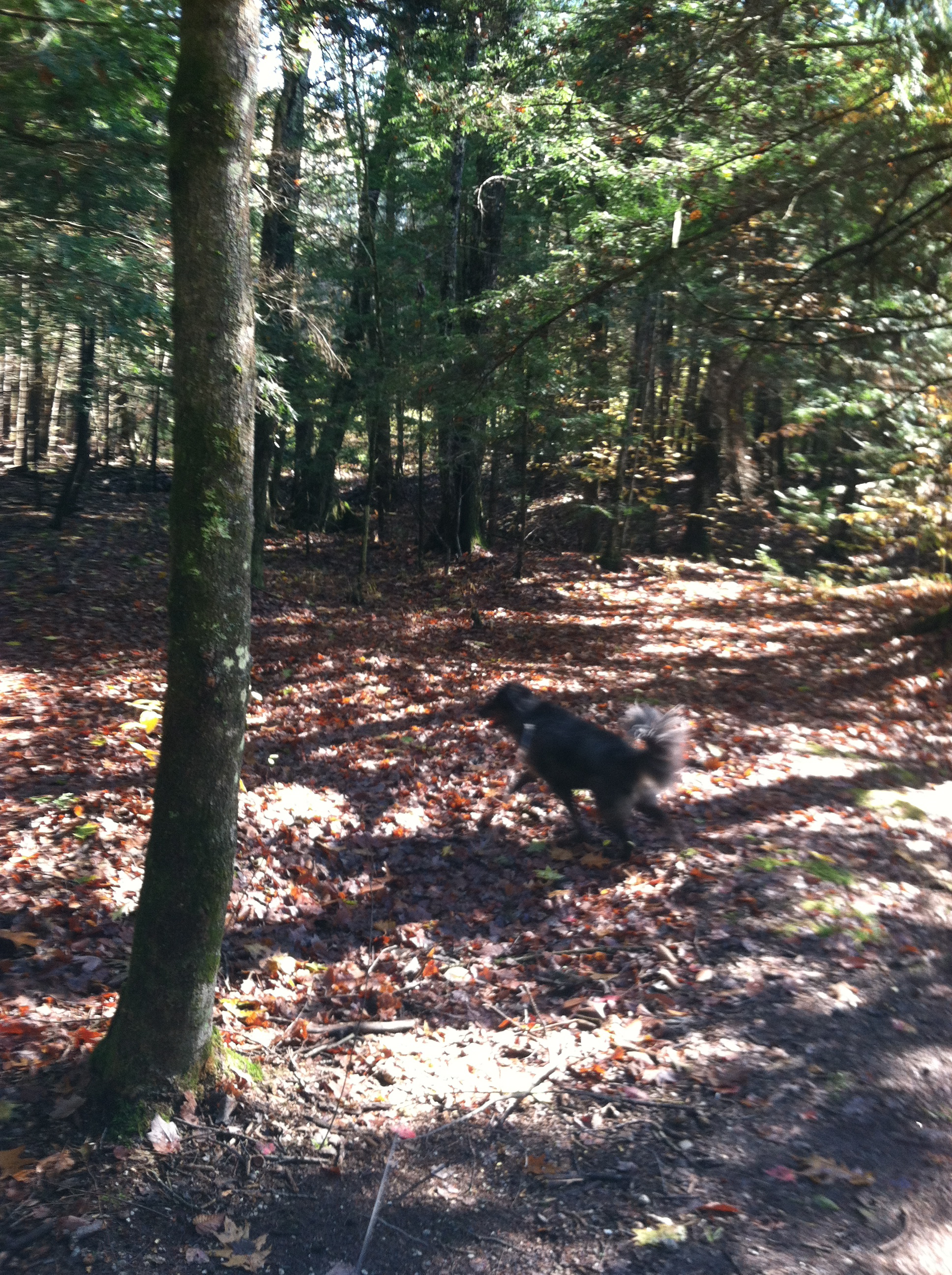 Yes, I think I’m a bird dog and want to chase every single bird I see… 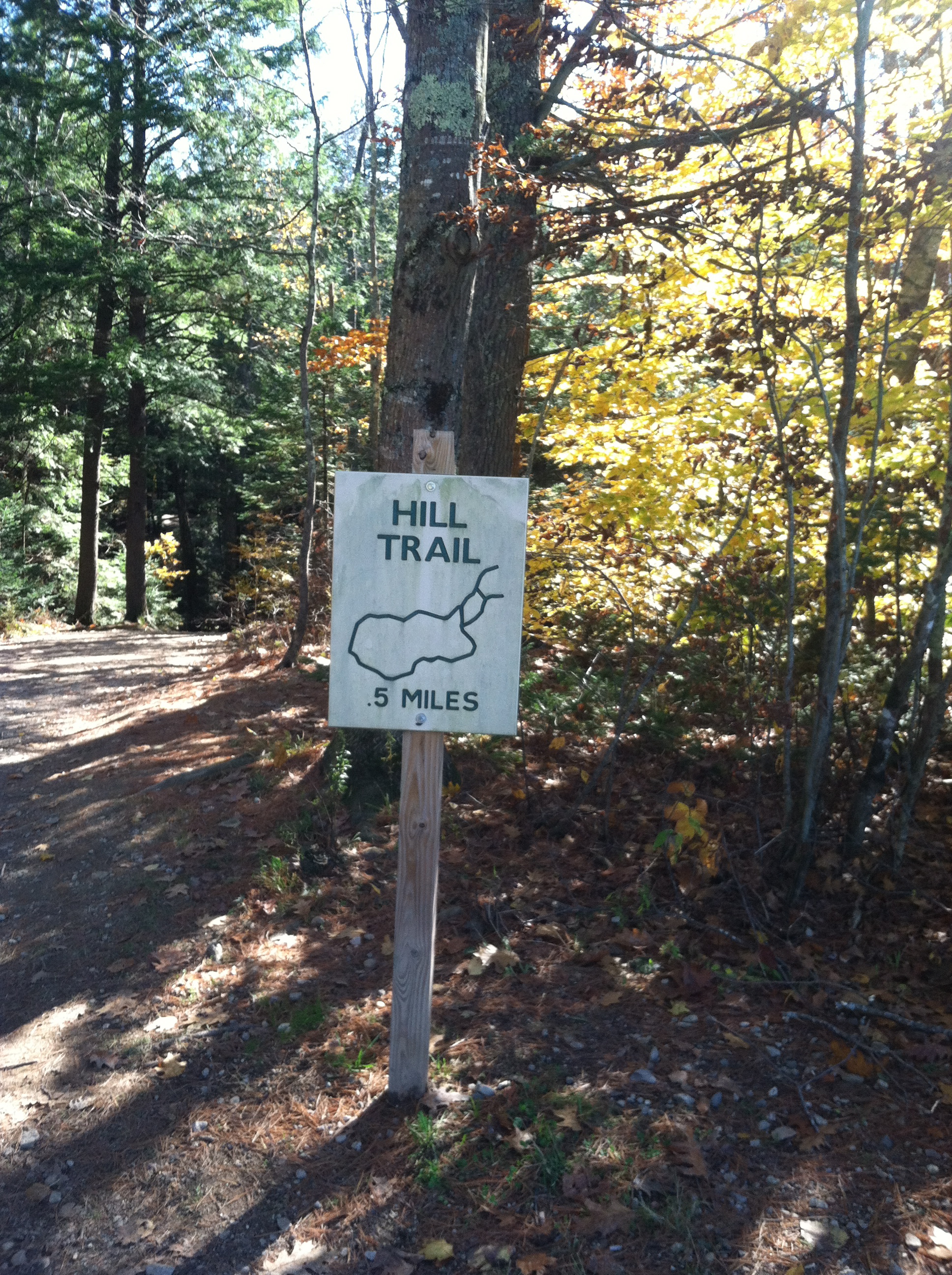 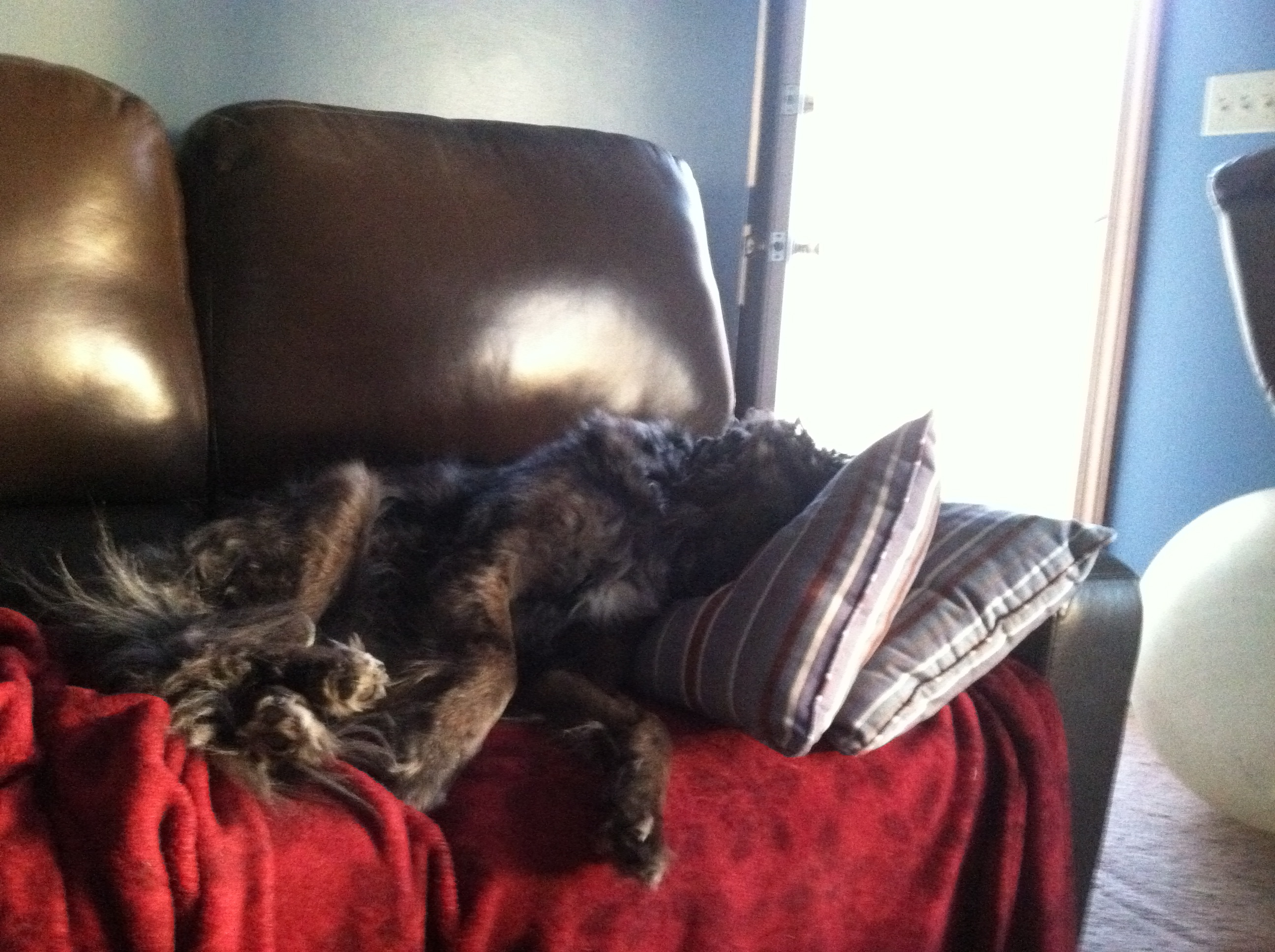 Someone was a little pooped from her run…