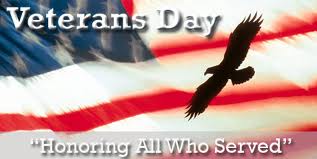 Yesterday was officially Veteran’s Day in the United States, although most workplaces are observing it today. It is a day to celebrate and remember the brave men and women who have served the great country of the United States over the years. I don’t often like to talk politics in my blog or on Facebook. However, I will say that I am not pleased with the overall election outcome and the direction our country is heading. However, I THANK every single serviceman for protecting our freedom of choice and the ability to vote.

I come from a family that strongly values the service of our brave men and women in uniform. Both my grandfathers served during WWII. I had several uncles that served during Vietnam and cousins that served in the Navy during the 90s. I have also met countless men and women who have served in Iraq and Afghanistan in recent years. Personally, I believe there is no greater honor than to serve our country. 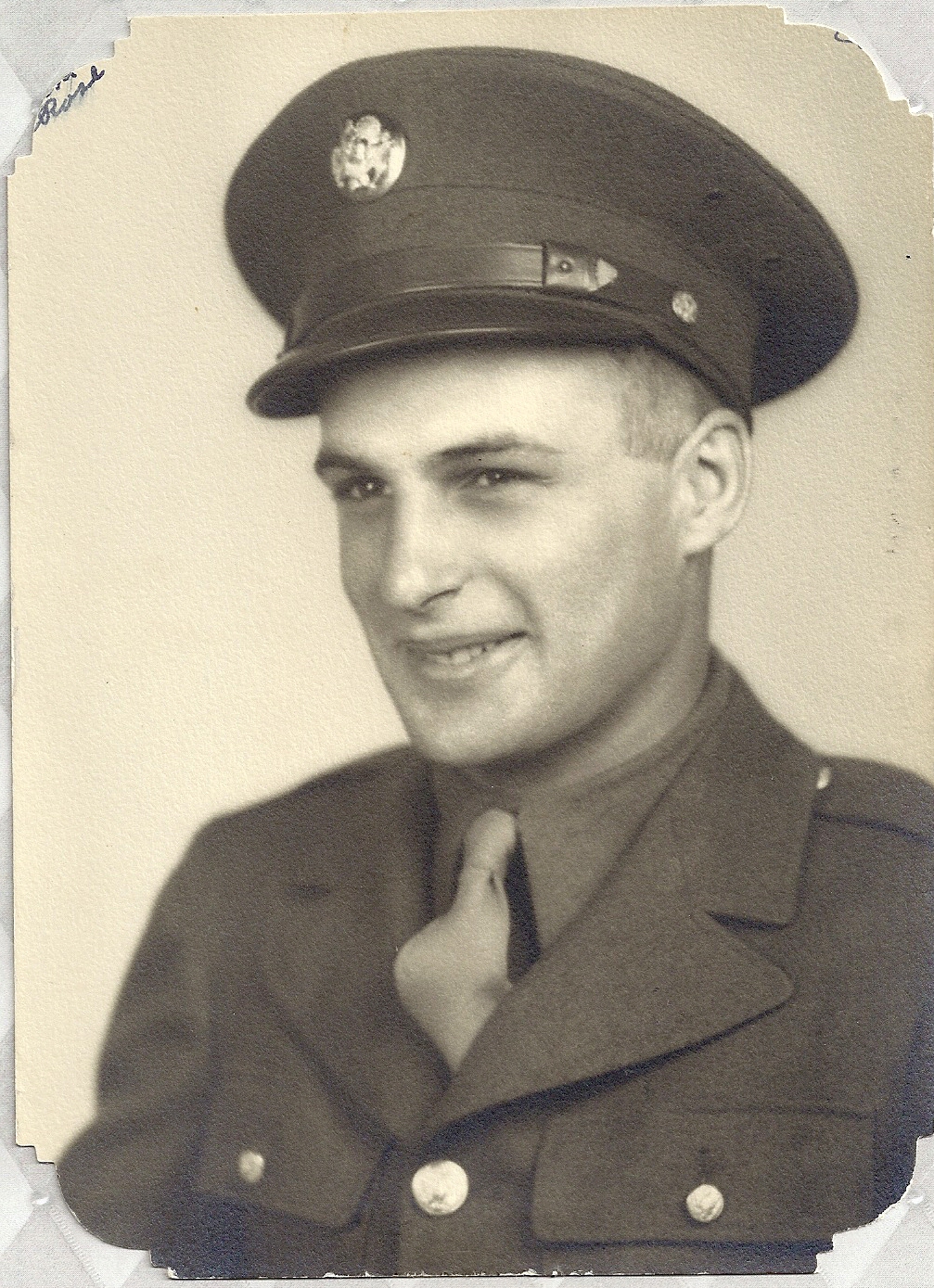 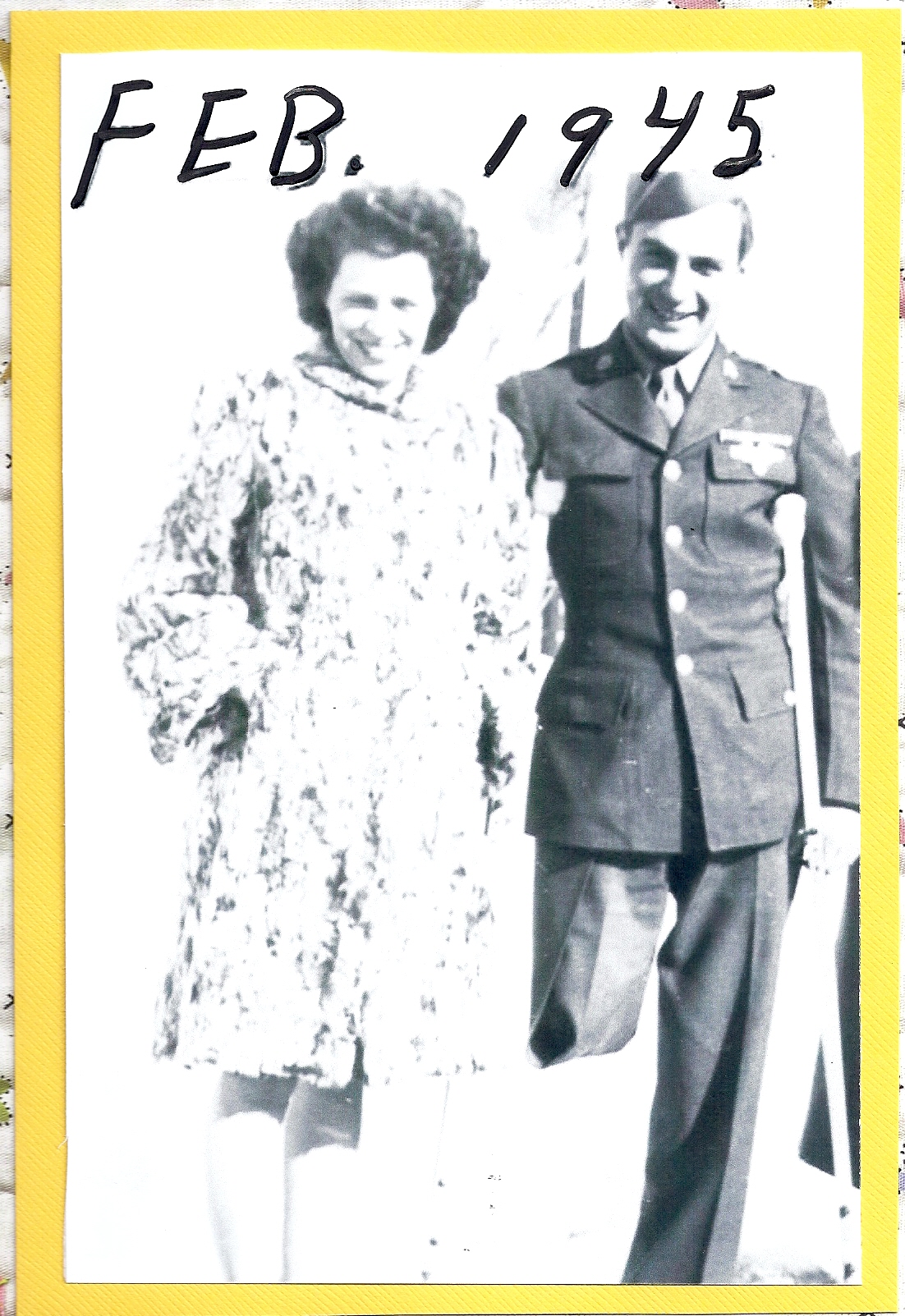 My Grampy on the other hand served in the Navy during WWII. He was a Gunner’s Mate 2/c USNR on the LST 314 when it was torpedoed in the English Channel three days after D-Day during the invasion of Normandy. From what I’ve been told (my Grampy didn’t like talking about his Navy years much) he had switched duty with a fellow shipmate and was on deck during the torpedo attack and that was the reason he survived while a majority of his shipmates were killed in action. He received the Purple Heart and has a Presidential Citation. While in action he contracted Meningitis and was hospitalized in England. As I have been told, he was one of the last people in the war to be treated with a Sulfa drug. Penicillin began being widely used towards the end of the war. I was also told that when he was discharged from the Navy after the war he was given a sack of potatoes and had to find his own way home to Maine. 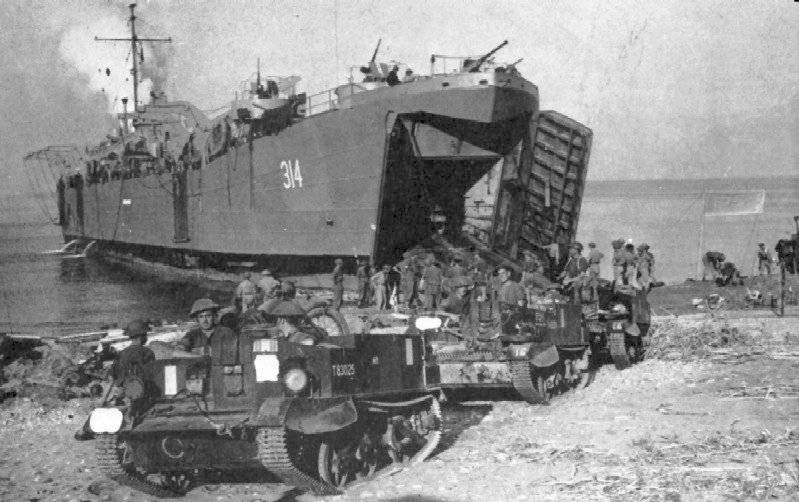 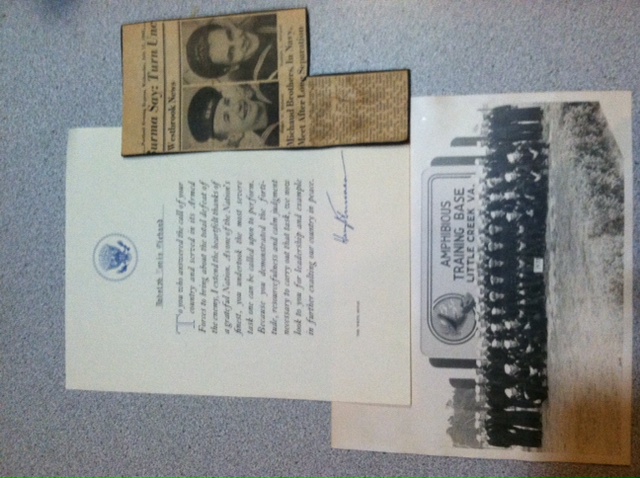 Both my Grandfathers died when I was too young to hear their stories and really cherish and appreciate their service to the United States and protecting our freedoms. Unfortunately too many Americans forget the sacrifices our brave men and women make on a daily basis. During Operation Iraqi Freedom, the men and women of the United State’s National Guard had to take leave of absences from their jobs, missed birthdays and graduations of their children, and many were deployed on multiple occasions. Some of them came home to lost jobs and homes due to a failing economy. Some came home with missing limbs, organs and lost brothers and sisters in combat. Many deal with the aftermath of being in a combat zone suffering from TBI and PTSD.

Today I am sending you two messages:

1. Support our troops. The War is officially over and I don’t care if you ever agreed with the War or not, but I’m asking you to support the men and women who are still deployed overseas and those who served in the past to protect our freedoms at home. Remember those who did not make it home to their families. They made the ultimate sacrifice. From all the wars that the US has been involved in over the years, over 1.3 million men and women have made the ultimate sacrifice in fighting for our freedoms. Another 1.5 million have been injured and over 38,000 are still missing. Take a moment and remember those brave men and women and thank them. They have given up a lot for us to do what we do on a daily basis.

2. Spend time listening to the stories of our elders. Depending upon your age, there is a good chance your grandparents or parents served in the arm forces during WWII or stepped up to work in a factory while the men were serving overseas. This generation of men and women were dubbed by Tom Brokaw as “The Greatest Generation” and I wholeheartedly agree with Brokaw. These men and women grew up during the Great Depression and then went on the fight during WWII or provided their hands to produce materials for the war effort on the home front. I have heard people complain about not being able to afford rent or to pay back their student loans because they don’t have a high paying job, but yet they have a smartphone and a big screen HD tv. I tend to avoid Walmart because I get sicken by being in line behind a young mother playing Angry Birds on her Iphone while paying for “food” with her FoodStamps. People claim to suffer during this recession, but half of them don’t know what it is like to try to feed a family of 8 children and two parents with a couple of loaves of bread and milk like many of our great-grandparents and grandparents had to during the Great Depression. I am lucky that I am not suffering. I have a roof over my head, clothes on my back, a job, food in my stomach, and an education. I thank my grandparents and my parents for teaching me that you have to believe in and work for what you have. Nothing is handed to you. People often forget that history repeats itself. Listen to your grandparents’ and parents’ stories. Not only will you learn about history from a first hand perspective, but you can also learn some important life lessons.

So, with that being said. Thank a veteran today. You are here because they put their lives in dangers way to bring you freedom. Thanks to their brave and heroic efforts over the centuries we have the right of choice and the ability to life our lives as we see fit. Go out and live a life of meaning. Many men and women don’t have that opportunity because they gave their life for your freedom.

THANK YOU TO ALL OUR BRAVE MEN AND WOMEN OVER THE YEARS WHO HAVE FOUGHT FOR OUR FREEDOM IN AMERICA. GOD BLESS YOU.