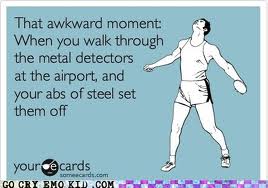 Okay, Operation 6-Pack is coming along well. I’ve been working hard to balance everything between work and school. Last week was a good week as far as workouts. I was able to hit up my favorite TRX/Kettlebell class followed by another Aerial Yoga class. Loved the combo! Wednesday night was my kettlebell clinic, which was a lot of fun, but left me with a bit of a sore back for a couple of days.

Sunday I got in a good little 3 mile run with my dog. I was finally able to run a couple sub-9 minute miles without any foot pain! Winning! However, my poor little dog got attacked by two leashless dogs and run into the river. She was a bit worked up from the situation, but was completely fine. Just a little wet. Although, I think she was secretly happy about that since she tried to go swimming but I wouldn’t let her. 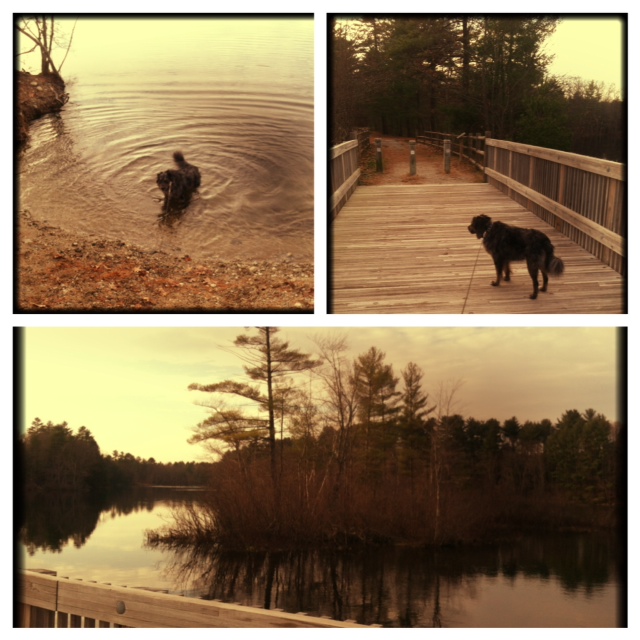 Before the run-in with a couple mean doggies

I’ve been a bit disappointed with the lack of pounds lost, but I’ve been pretty steady with my weight. I guess I can’t get worked up about it, but it’s hard not to when I’ve had issues with body image in the past. I definitely feel stronger and during the TRX/Kettlebell class last week I did notice that I have a lot of muscle definition in my arms and shoulders so I’m getting there. My pants are getting looser again, but of course, I refuse to buy new pants until I really have too. Unless, it’s lululemon yoga pants… 🙂

Monday marked 50 days until the end of the year. Yikes! Where did this year go?! I’m so ready for 2013 though. BIG things coming! 🙂 Anyway, my focus the next less than 50 days is to concentrate on eating clean and also make sure I eat enough food through out the day. Between three jobs and school I don’t have a lot of spare time so I REALLY need to make a bunch of food on Sunday to eat throughout the week (if anyone has some good recipes send them my way!). And maybe focus on eating less Peanut Butter. The past couple of weeks my tummy has been all about PB, which is fine to an extent, but when that’s all I want to eat then that becomes a bit of a problem. Especially because I’m a PB snob. 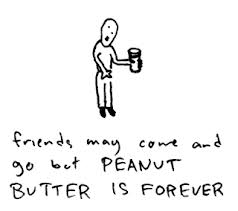 One thought on “Operation 6-Pack update”