Personally I believe that the plank is the best core exercise because it engages more than just the abdominal muscles. Often times people think they have to do a million crunches/sit-ups to get those mythical 6-pack abs that we all dream about. Sadly, the development of our 6-packs is based mostly on our diets. You might have those killer 6-pack abs, but they are probably buried under a layer of fat.

The plank is an isometric exercise meaning that the muscle length does not change through contraction and/or is in a static hold. The plank is a great exercise because it focuses on muscle endurance of the abdominal muscles while using solely your bodyweight. You can do a plank anywhere! The planks targets the following muscles:

How to perform a plank:

1. Lie face down on an exercise mat or floor with your elbows at your sides facing towards the floor (you always want to keep a neutral neck/spine position).

2. Lift your body up by engaging your core and gluteals, supporting your weight on your forearms and toes. Think about SUCKING IN THE BELLY BUTTON to engage your core and keep the hips up and inline with your back. Think dinner table flat back!

3. Concentrate on maintaining a straight line through the hips and core. Don’t forget to breathe!

4. Hold to position for about 30 seconds or until failure to start. Over time you can build up to holding the position for more time and/or go through plank progressions. 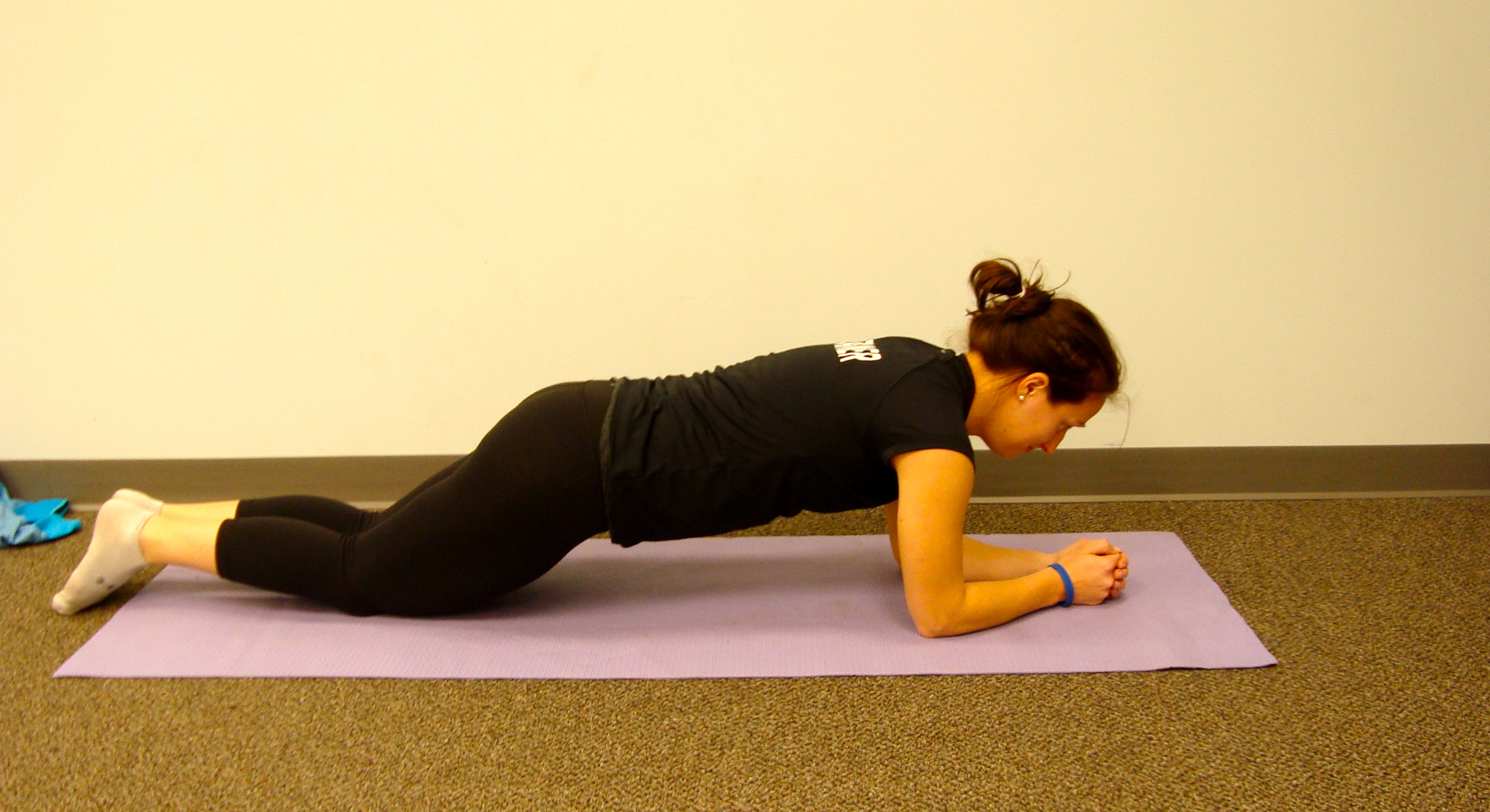 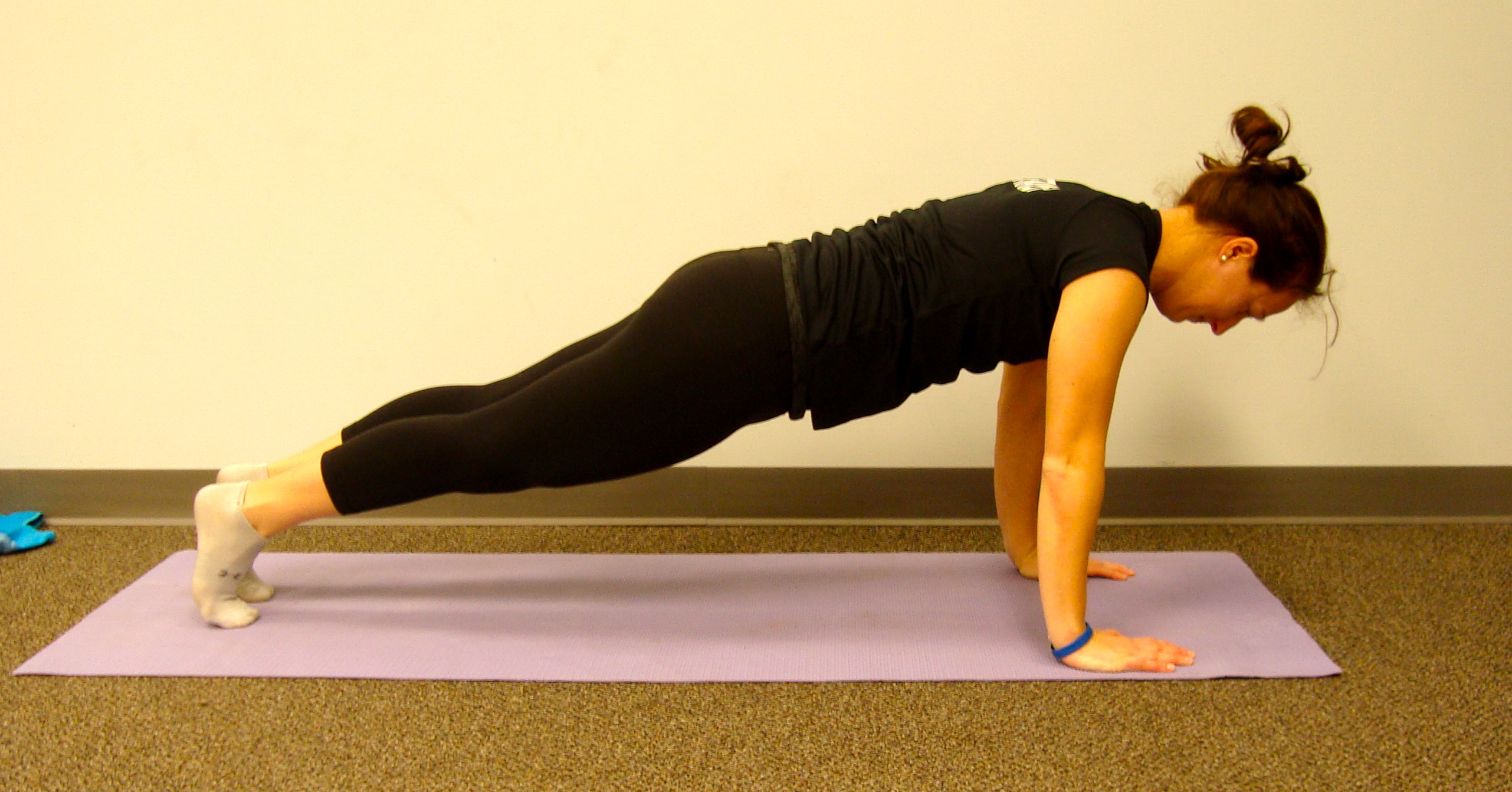 Plank Progression #3: Yoga Plank – Make sure you keep arms right under shoulder where you are the most structually strong 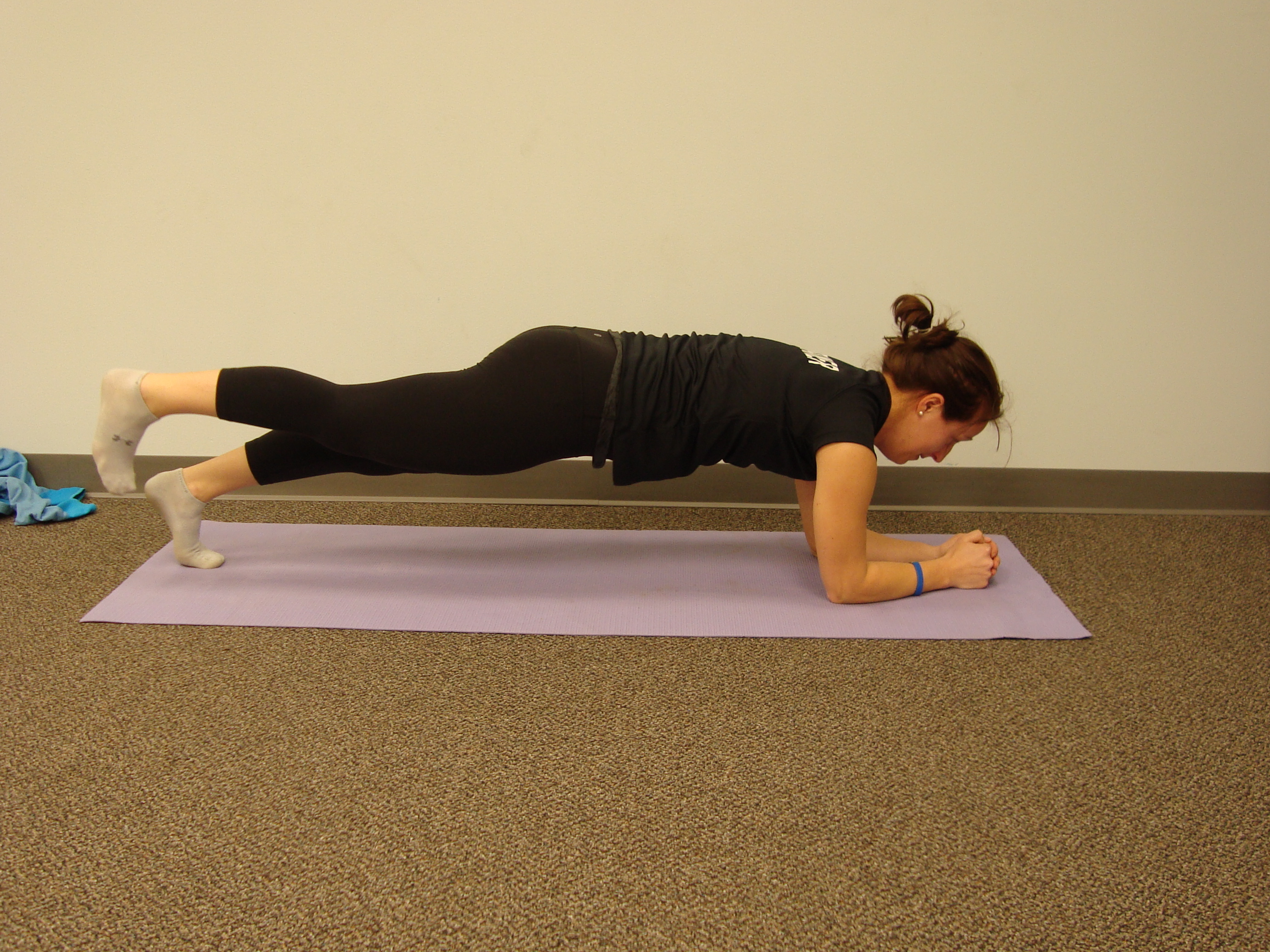 Plank Progression #4: Single-leg Plank – Lift one leg up while maintaining the plank position

Plank Progression #5 – Single arm plank – Lift one arm up straight and reach out in front of you (keep your butt down lower and a straighter arm!)

Plank Progression #6: Opposite arm/opposite leg lift – Lift opposite arm and opposite lift and hold for a set time. Switch arm and leg on next set. 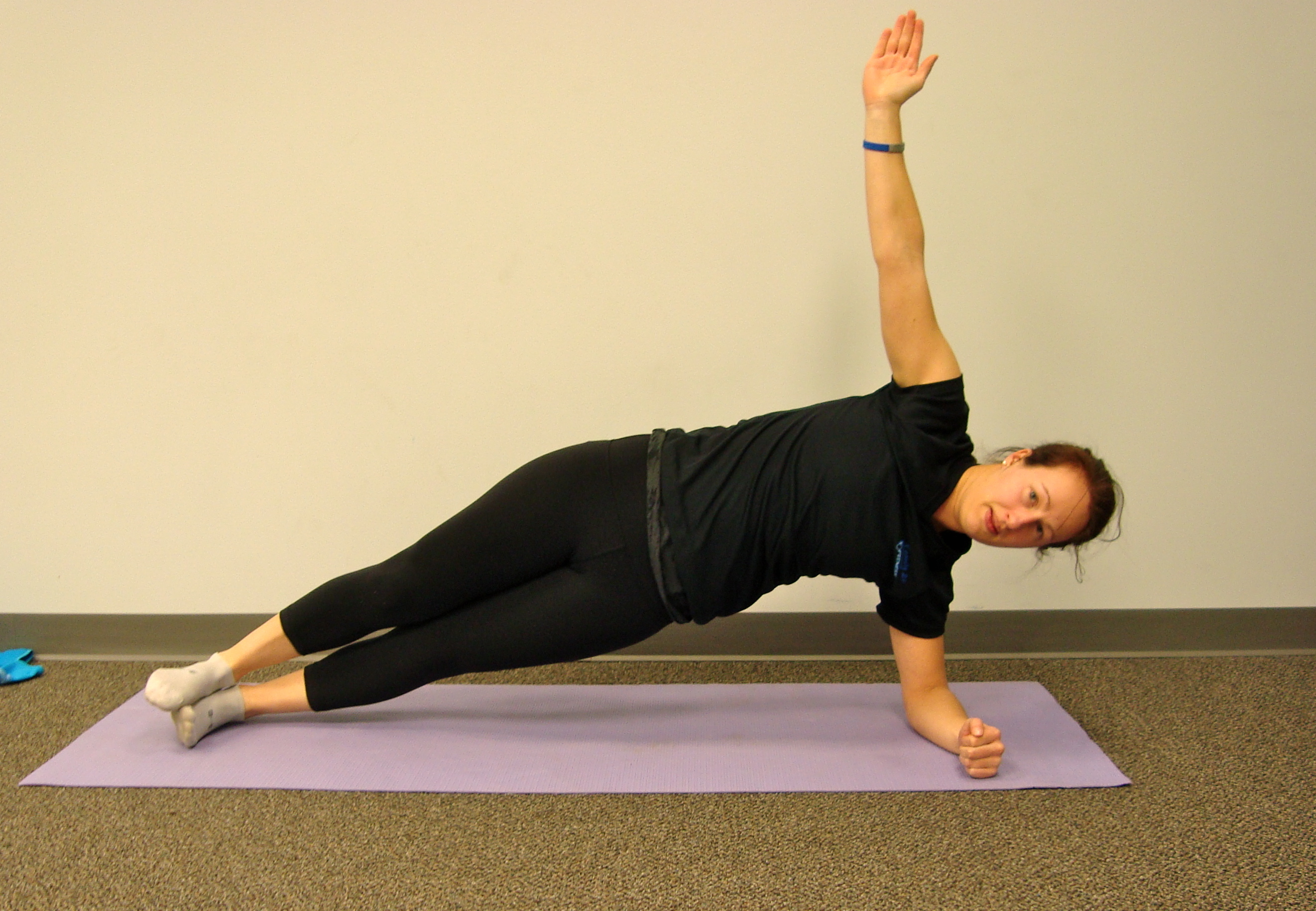 Plank Progression#7: Side Plank – Make sure you keep your hips up 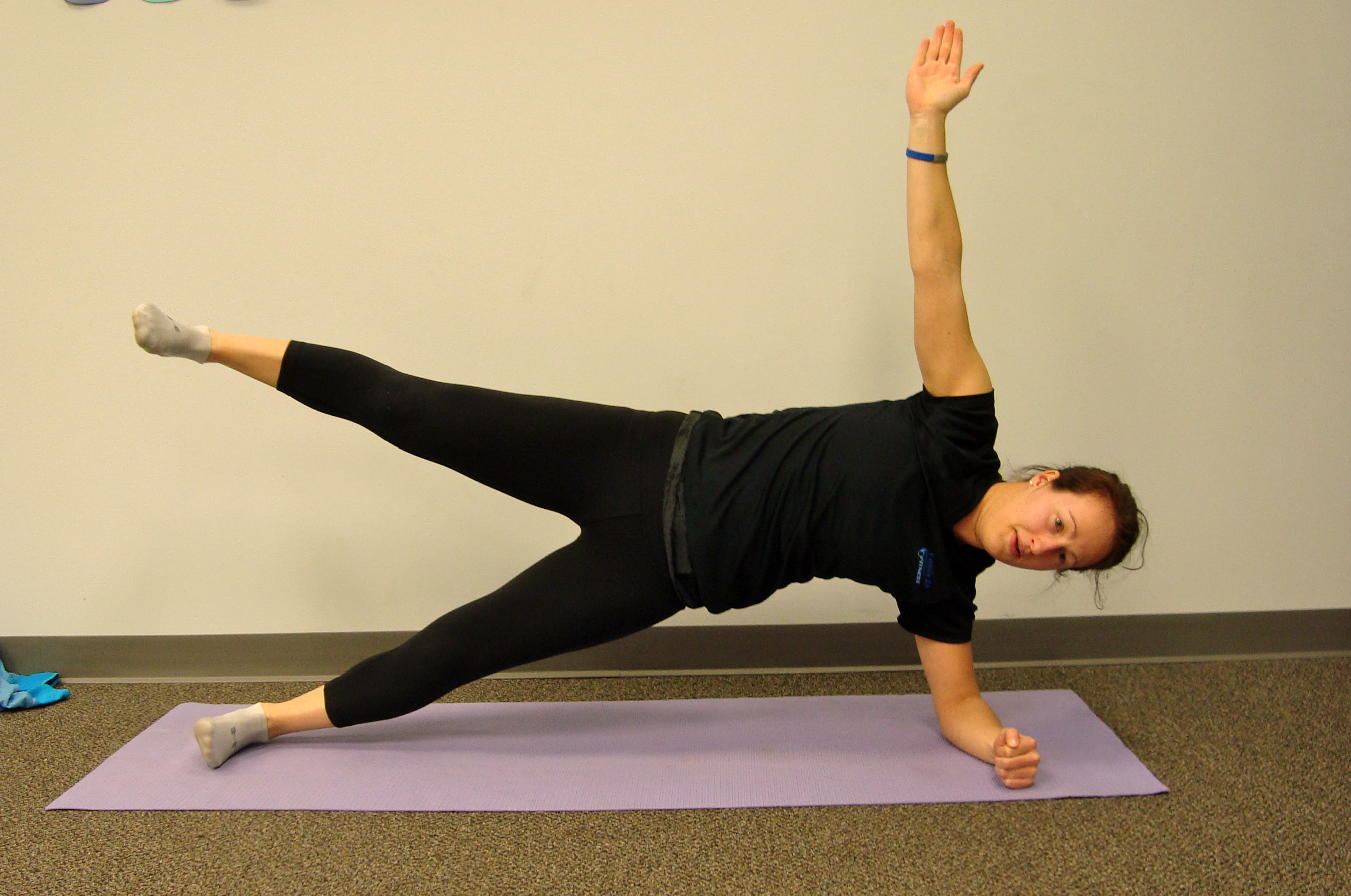 Plank Progression #8: Side Plank with Leg Raise – If a normal side plank is too easy then try lifting the top leg!

Of course, there are about a hundred more variations of the plank that you can do. Some of my favorite include the TRX plank progressions and using the cable machine and performing a row with the arms while in either a forward plank or side plank.

One thought on “Part IV: The Core – Plank Progressions”