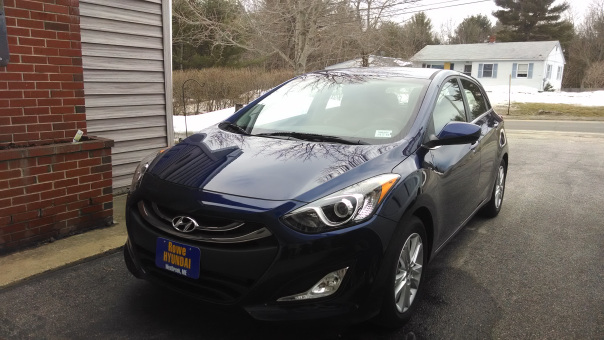 I’m doing Three Things Thursday on Saturday because, well, I was busy on Thursday and I like to beat to the march of my own drum. I’m currently in the middle of cooking dinner (aka experimenting in the kitchen) and I have some time to blog. This week was stressful. I mean crazy stressful. I was dealing with stress about my car, work, school, and personal stuff. I’m actually impressed that I held it together so well. However, there are a few things that I feel I need to address/vent about, hence, the three things.

1. Cars – I mentioned in a previous post that my car died. My father brunt out my clutch, plus it was way overdue for a timing belt. We brought it to our mechanic two weeks ago for his assessment on whether it was worth fixing or if I should be buying a new car. Neither a new car or extensive car repairs were in my current budget. Luckily, I had a huge tax return coming (which was suppose to buy my new tri bike) so that alleviated some stress, but I still had to rearrange my budget to fix my car and also buy my new bike (priorities, I know). My car was fixed and I just dished out almost $2000 to fix it today. Yikes! My mechanic said I should get at least another two years out of it. He better be right. I was driving my sister’s car earlier this week and had a flat tire on Monday. My father filled it with air that morning and assumed it was just a slow leak (he’s been filling it with air every couple of months so it was reasonable guess). On Tuesday my boss told me it was flat again. Awesome! I called AAA and they came and put the doughnut on it. Then I got to drive my father’s car for the rest of the week. And then three deer ran in front of me while leaving work on Thursday night. I saw them in time to stop, but they scared the bejesus out of me! The last thing I needed to do was hit a deer with my father’s car.

2. Overtraining – Last Sunday I worked out with my personal trainer for an hour, had an hour swim, and also did a 1.5 hour ride on the trainer. It was a rather normal Sunday training routine and I had three great workouts! I posted on my facebook page about it and a friend made a rather rude and baseless comment about it. I was very pissed off about the comment because it was completely baseless. Overtraining is a serious issue that needs to be addressed (I’m working on a blog post about it, which hopefully I’ll finish next week). Yes, I’ve had some tough and sometimes long workouts, but that is the life of an endurance athlete. I have two half Ironmans this year with the hopes of an Ironman next year. I’m not some fat ass who one day decided to put the bag of chips down and get my obese ass to the gym and overdo it in the first week causing injury. I have an aerobic base where I can do long workouts and be completely fine the next day where I repeat more workouts. I understand and place a priority on rest, recovery, and good nutrition. I also know what my body can and cannot handle. I understand the biochemistry and physiology behind the body while it exercises and recovers. AND I’m not stupid! My biggest pet peeve is when someone talks down to me like I’m an idiot. I’m no Albert Einstein, but I’m not stupid! What really pissed me off about the comment was that it insinuated that he knew better than me. In reality, he does not know what my body can handle and what my current training schedule has been. See number 3.

3. Friendships – I wanted to have a little chat with the person mentioned above about his comment because it really upset me and I was upset all week. He texted me today because he needed to get something from me and I told him I wanted to have a little chat about his comment because it really pissed me off. His reply was that he didn’t care and I should just get over it. That upset me even more! I might have even shed a few tears over it because it hurt me. I consider him to be a really good friend and I’ve always respected his opinion. We’ve always had a bit of a weird relationship, but he’s never been a complete asshole before. Deep down, I know he is a good person and someone I admire.

In college I was heavily involved in politics. During a particular election cycle I supported a different candidate from a different college that I strongly believed in and not the one that everyone in my college club supported. At the time I lived with my best friend and few other people. One night when I was downstairs making dinner her boyfriend decided to go into my room and onto my personal computer and post something rude on my facebook under my name. I was very pissed off about it and in retrospect probably didn’t handle the situation the best way I could have. However, both my best friend and her boyfriend completely lied to my face that they had no idea who would have done that to me. I have not talked to her since then and I will not until she wants to apologize for her poor behavior. I highly value friendships and I will bend over backwards to help a friend out if I need too. However, I do not tolerate jackasses in my life. Life is too short to waste time on people who don’t care about you and your well-being. I’m currently not on speaking terms with the person who made the rude comment about my training. He is certainly entitled to his own opinion, but he needs to realize that he made the comment in poor taste. It really hurt my feelings and I have since deleted the comment. And, now he doesn’t care that he hurt my feelings. I would really like an apology, but I’m not sure that it will ever come. I’m currently sitting at the crossroads wondering if I should just brush it off or stay true to my gut that is telling me to say “screw you, you suck.” All I really want to hear is “Hey, I’m sorry I communicated my comment in a poor taste. I am worried about your training and if you might be doing too much too soon. Let’s talk about it.” Is that too much to ask for?

The title should really read the “Mid-Winter Class 10-Miler: The Almost DNF”