February was a good training month. I found my groove in the pool again and my power on the bike is slowly returning. I finished the month off with completing 26:47 hours of quality training time.

Now back to my monthly training recap! There were a few days I took off due to not feeling well. Remarkably I have not been seriously sick, especially compared to last year. Knock on wood of course! The weather was terrible a few days in February and by a few days I mean it snowed a lot and was just down right cold!

I managed to bundle up and run outside for a majority of my runs, but there were a few times that I aired on the side of caution and ran on the dreadmill. The pool closed early a few times on me due to snowstorms and I had to shift my training days around a bit.

I started taking a pilates class the end of January and it kicks my butt every time! Unfortunately, we didn’t have class 3 out of the 4 weeks in February because of a snow day, school vacation week, and the instructor took a vacation. I’ve already noticed a big different in my core and hip strength, which is exactly what my hips need.

Speaking of my hips, they have been behaving themselves lately. They were quite sore a couple weeks ago due to my recent long run on hilly terrain. I saw my chiropractor the next day and informed her that I may or may not have strained my piriformis since it was super tight and sore. She stretched me out and said my hips were actually really good, but my hamstrings were still very tight. Story of my life!

I’ve spent a lot of time on Azul and also making friends again with the spin bike as I teach spinning on a regular basis now and love it! I completed my first FTP test of the year last week. My results were better than I expected, but still not anywhere near my 2012 bike fitness levels. I’m working hard to get back to that fitness level so I can crush the Timberman bike course in August!

Do you set monthly training goals?

Now that my training has begun to pick up in both volume and intensity as my race season gets closer, I’ve decided to do a weekly recap of my training. As I have mentioned a few times before, I made the decision this year to coach myself for two main reasons: a) to save money, and b) to try new training techniques and workouts on myself before having my athletes utilize them in their own training plans. I get several questions a week on what I do during my workouts so this will act as a platform to share some of my favorite workouts.

This past week was a rest week and thus my training hours were lower than normal.

Monday was a 45 minute recovery spin and 15 minutes of hip/core focused exercises. Because of my chronic hip issues I have made it a priority to complete core/hip focused exercises several times a week to hopefully prevent any relapses of my IT-band/knee issues that plagued me last year during Ironman training.

Tuesday was a 4 mile run during lunch and I taught my spin & core class at Zone 3 Fitness. My run was initially supposed to be an easy 35-minute run, but I felt good and just wanted to keep running. Thus, my run turned into a 4-mile negative split run. I completed my first sub-10 min/mile since pre-hip injury Fall running! I’ve been very frustrated lately with my running fitness, or lack thereof, but I know with more time on the pavement my fitness and speed will return. It has already begun too, just slowly.

On Wednesday I completed my dreaded FTP test. Yuck! However, the results weren’t half bad. I first conducted a FTP in 2012 during Sustainable Athlete’s Friday Night Fights, a series of computrainer races. I was on my road bike at the time and averaged about 180-185watts, which my coach used as my FTP for the 2012 season. We never retested during the season, but I know my threshold increased towards August because I was able to hold a higher HIM race pace than earlier in the season. Last year I conducted my FTP on my tri bike on my trainer in my living room. I had taken the entire previous Fall off with plantar fasciitis and thus had a horrible FTP number. I clocked in at a measly 143watts. Of course, training for an Ironman didn’t help with increasing my FTP over my race season. This year I clocked in at 163watts. It’s still not good, but an improvement over this year. I think if I had done a computrainer race this year, I probably would have checked in at a higher FTP, but I’m going to use this value as my starting point. I’m just happy that I am trending in the right direction – up!

Thursday was a 3000 yard swim at the YMCA. February was a good month for swimming and my swimming volume is picking up in the coming weeks. I swam once in November since my Ironman in July and that swim was a complete disaster. I really thought I was going to drown at the time. However, my return to swimming this past month has been nothing but awesome. The workout was focused on muscular endurance and I exceed my t-pace by close to 10seconds. I’ve also finally decided to flipturn my swim workouts. More on that in my monthly recap…

Friday was an easy 3.5 mile run during lunch and an after-work hot yoga class. My average run pace is slowly returning back towards my normal long run pace, but my heart rate continues to be slightly higher than normal, i.e. fitness isn’t quite there yet. I haven’t been to yoga in a few weeks and this class was just want I needed. A perfect balance of twisting and hip openers.

On Saturday I taught another spin class at Zone 3 Fitness. I was supposed to hit up the pool for my second swim of the week but due to running errands I missed the open lap swim times. I have since printed off the pool schedule to carry around in my purse for future reference. 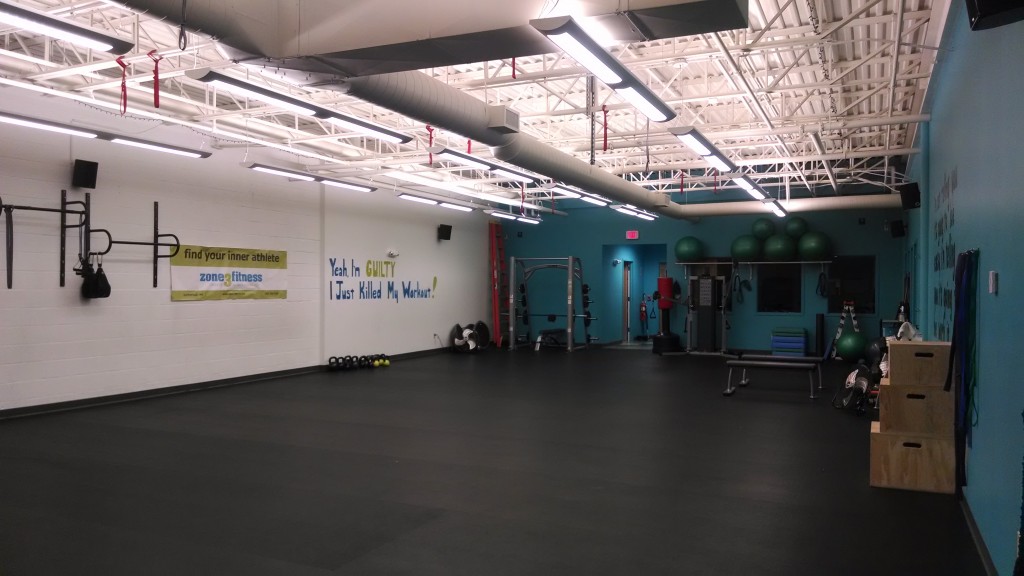 Sunday was a relaxing rest day.

The first two weeks of my March training plan begins the pickup of more volume, especially with running. I was originally planning on running the Race the Runways Half-marathon in April, but I think I’m going to skip it this year and continue to work on building my base. My first registered race is the PolarBear Sprint Tri in early May.

Power meters are becoming the new standard on bicycles today, especially for competitive athletes. They are certainly an expensive investment, but a worthwhile one if you’re serious about training with data. 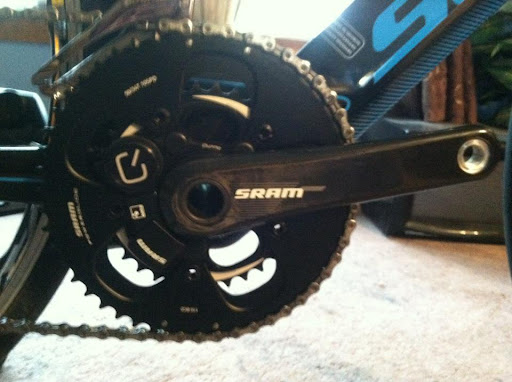 I’ve mentioned on numerous occasions that I have a love/hate relationship with my power meter. Heart rate-based training on the bike is a great training metric, but it can only do so much. I always liken my power meter to a truth-meter because it does not lie about my current bike fitness and riding abilities.

Power meters are extremely effective tools for training and racing. For long-course triathletes, like myself, I find my power meter acts as a governor for my bike leg because I know if I go out too hard, it will only be time until I blow up.

Most triathletes love spending money on new gear, whether we truly need it or not. A lot of triathletes want fancy race wheels because they make our bikes look fast and cool. Race wheels can easily set you back a couple of grand and the same with a power meter. Now if you had to choose between a power meter or race wheels, what do you choose? A power meter should probably be the correct answer and here’s why:

There are various metrics that you can measure over a season with a power meter. I won’t get into that today because the terms can be confusing. If you work with a coach or train with a power meter regularly you are probably familiar with the terms such as normalized power, functional threshold power, critical power, etc.

Today I want to discuss Functional Threshold Power (FTP) because it is often used as the main benchmark testing for bike fitness.

Functional Threshold Power can simply be defined as the wattage an athlete can produce and maintain over a 1 hour time period without fatigue. FTP is relative to nearly all cyclists. It is important for an athlete to test their FTP at the beginning of their base training cycle to determine the correct training intensity zones and also to determine the benchmark for the season. Athletes should periodically re-test their FTP to compare against the benchmark test to observe fitness. 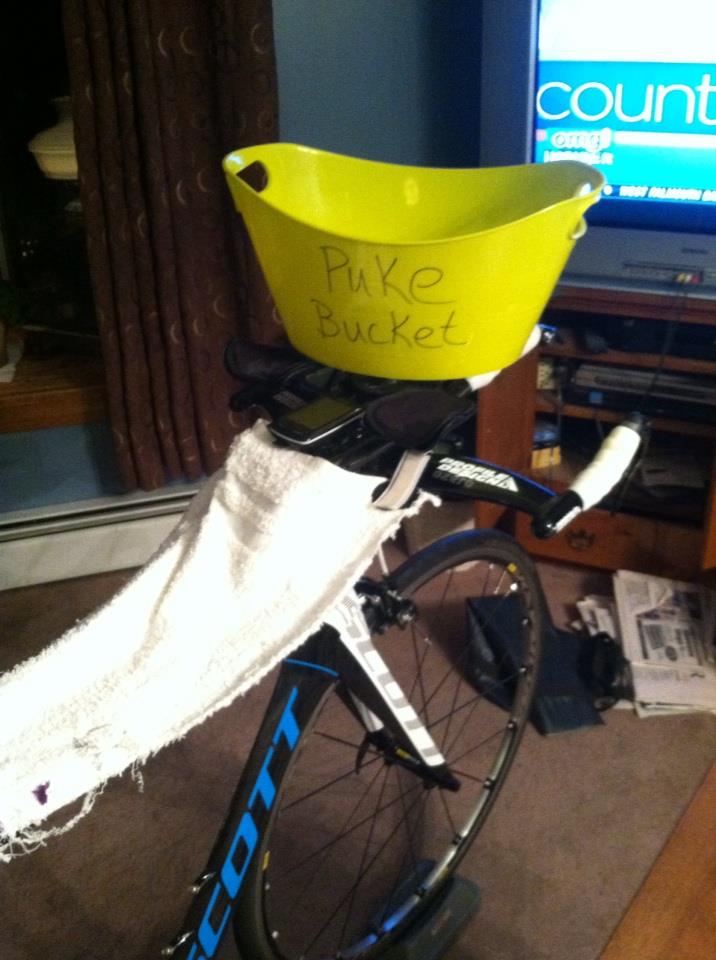 How to Calculate Your FTP:

Note: The reason you multiple your average power number by 0.95 is because you are subtracting 5% from it. A true FTP test would involve an athlete holding their highest average watts for 1 hour, but since most of us cannot focus that long, we shorten the test to 20 minutes. The 20 minutes is a shorter time period, and thus the athlete generally uses more of their anaerobic capacity and this skews the wattage data by about 5% over a 60-minute effort.

Now what? You know your FTP number and now you can use it to calculate your power-based training zones. The zones are below:

Most triathletes will train predominantly in the endurance and tempo zones, but it is important to include the other training zones in your training plan as well. A coach can help you better plan this type of work with your training plan.

It is important to periodically re-test your FTP to see improvements. If you don’t see improvement over time, it’s probably time to change-up your training routine!