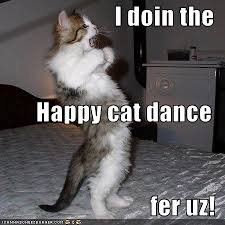 A few weeks ago I wrote about my “unhappy pelvis,” which of course you can read about HERE.

I’ve been seeing my chiropractor on a weekly basis for the past two months. We’ve become quite the BFFs. Okay, maybe we were before since she is the one that keeps my body from completely falling apart…

Last week we had a breakthrough! ALLEHUJAH! My pelvis has settled down a bit and has finally managed to stabilize itself. Now that my pelvis has stability and isn’t playing the hokey pokey (and moving all-about), we can begin to focus on regaining mobility. ALWAYS train stability before mobility… that’s my take-away message today. You can thank me later.

Casey has determined that my right hip lacks internal rotation due to the fasica tissue surrounding my gluteus medius, semitendinosus, semimembranosus and adductor magnus. Being the total anatomy geek that I am, I started doing some research on the topic. There isn’t a ton of research out there on the topic because hip and groin injuries in athletes are less common than injuries in the extremities. However, when they do occur, they can result in extensive rehabilitation time (Anderson et al., 2001).

Fun fact – loads of up to eight times body weight have been demonstrated in the hip joint during jogging, with potentially even higher loads in more vigorous athletic competition. So, if you are a 200 pound man then you could have up to 1600 lbs of force working against your hip joints. Yikes! But, the hips are uniquely adapted to transfer such forces (Anderson et al., 2001). The body’s center of gravity is located within the pelvis, anterior (front) to the second sacral vertebra. The hips are essentially a series of arches, which according to Wikipedia (obviously a completely reliable source 😉 ) resolve forces into compressive stresses and, in turn, eliminate tensile stresses.

The major ligaments of the pelvis and hip are known to be some of the strongest in the human body and are well adapted to the forces transferred between the spine and the lower extremities. The iliac crest has multiple muscle origins and insertions, including the internal and external oblique, latissimus dorsi, paraspinal muscles, and fascia from the gluteus medius muscle. The gluteus medius (GM) is an important muscle during movement. 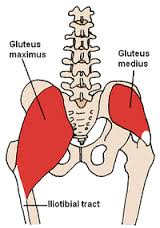 A significant amount of GM muscle activity has been reported during the midstance and terminal stance of gait to provide pelvic stabilization during a single normal gait. The GM is generally referred to as a primary hip abductor (leg moves away from the center of the body); but, research has indicated that it most likely plays a more effective role as a pelvic stabilizer (Schmitz et al., 2002). The anterior fibers of the GM also play a role in hip internal rotation while the posterior (back) fibers play a role in external rotation. Lack of internal rotation of the hip has been linked to lower back pain (Vad et al., 2003) in several studies in athletes.

So, what does this mean for my hip? Well, it means that my chiropractor can beat the hell out of my hip musculature. Last week she broke out her graston tools and left me with major bruises on my hamstrings, piriformis, and GM. Though, I wanted to cry while she stuck her metal tools in my GM, it made a world of difference in my hips! All week I felt that I had a whole new hip.

We have now isolated the problem in my hips through the process of elimination. My GM is so much better now and most of the “bad” fascia tissue has broken up leaving me with more mobility in that muscle. Cue the theme song to “Happy Days.”

My chiropractor has identified that the lack of internal rotation in my right hip is due to the semitendinosus and semimembranosus (medial hamstring muscles) and my adductor magnus muscles. The adductor magnus muscle is actually an external hip rotator muscle, but it was playing a major role in pulling my pelvic symphysis apart a few weeks ago. The issue is isolated at the muscle origins, where each muscle attaches to the ischial tuberosity (sit bones). It is not actually my muscles causing the problem, but the fascia tissue surrounding each muscle that is restricting the muscle from flexing and moving correctly. Thus, stretching and yoga are not effect methods to “fix” the problem. Stretching and yoga certainly help, but myofascial release is the best method. 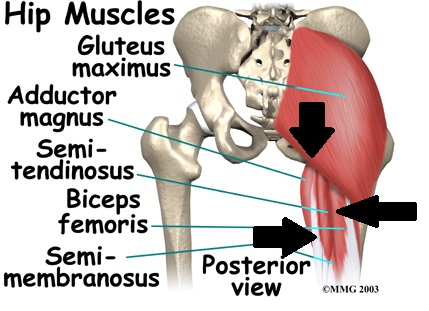 My hip issues have been prevalent for the past couple of years and I feel like I am making process in finally determining the root cause of the issue and resolving it. I know that training and completing an Ironman on an injury was not the smartest move. My goal this year is to be smart about training and listening to my body. It’s hard for me to step back and take a break from training, but I know in the long run that it is a worthwhile investment to my health and my performance. I mean, it’s not like you would put a second floor on your house if you had significant cracks in your foundation making it impossible for the foundation to support a two-story home, right? 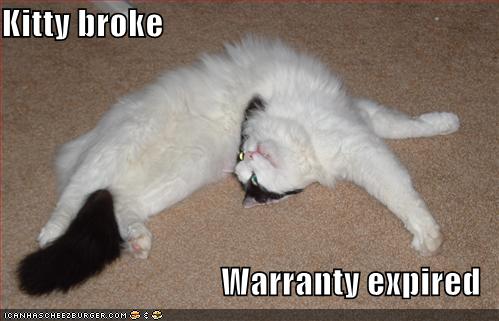 My pelvis is an unhappy camper. She’s always been a wee bit of a crooked fellow, but over the years she has usually just stayed mute. However, since 2011 she’s been making a bit of a racket. And she has taken no mercy this Fall!

I’ve recently been doing a lot of research about hip injuries and fascia tissue. A friend shared a really great article last week about fascia tissue on Facebook. Check it out here if you haven’t read it yet. I found one point very interesting: old accidents that we think have healed can reek havoc later in life. A couple of years ago I saw a sports chiropractor about a nagging shoulder injury and he mentioned it was due to an old injury. I pondered for a while what that accident was that could have caused that injury.

It took me awhile, but then I remembered my old horseback riding accident that I had when I was 12 years old (actually I don’t remember much of it…). I got bucked off a horse and fell on my right side, hitting my head so hard that I knocked myself out, had a seizure, and ended up in the hospital with a contusion to the brain. It was great fun. Side note: WEAR A HELMET!

Even though my accident happened well over 14 years ago, I still have lingering issues. But, I think the main culprit to my hip issues is actually the severe frostbite I got on my right big toe in January 2011. I was lucky that my tissue was able to return to “normal” and the doctors didn’t cut it off. And of course, me being the idiot that I am some days, I tried doing too much on a damaged toe. Due to the fact that my toe was so swollen and the nerves were not functioning for several months, I walked very funny, which obviously led to a major gait change. I didn’t think much of it at the time, I just wanted to resume normal training again and I succeed to train for multiple races, including my first half-ironman. Towards the end of my half-ironman training, I was getting a lot of piriformis pain. A friend suggested that I see my current chiropractor. Boy am I happy that I did!

So, in a nutshell, my pelvis issues are due to a couple of old injuries that just don’t want to heal. My pelvis has a tendency to get twisted, thus causing a whole host of other injuries linked to the hip. Plantar fasciitis? check! IT-Band issues? check! Piriformis syndrome? Check!

Currently, my right adductors and hamstrings are so tight that they are pulling my pubic symphysis apart. Major ouch! The problem lies in the fascia tissue and not the actual muscles. Recent science is beginning to realize that most injuries are actually fascia-related versus muscular or tendon-related. 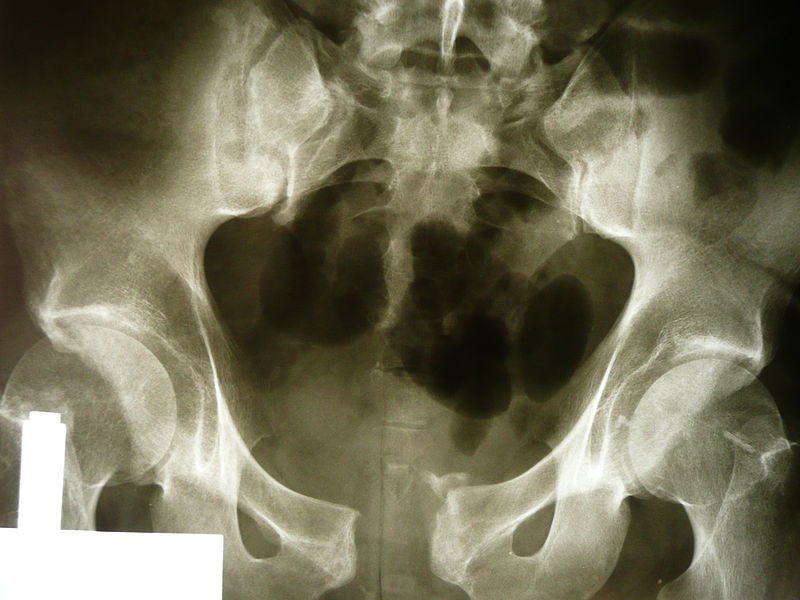 Unfortunately, no matter how much I foam-roll or roll on a lacrosse ball, the fascia tissue will not release. I had 90 minute massage a couple of weeks ago focusing on my right hip region… all without the use of massage oil… Let’s just say I could have used a rag soaked in whiskey…

I’ve been doing a lot of yoga lately, which has helped a bit. I mostly use it as my current strength training regime, since I can’t strength train or run currently. I was cleared last week to ride my bike finally! 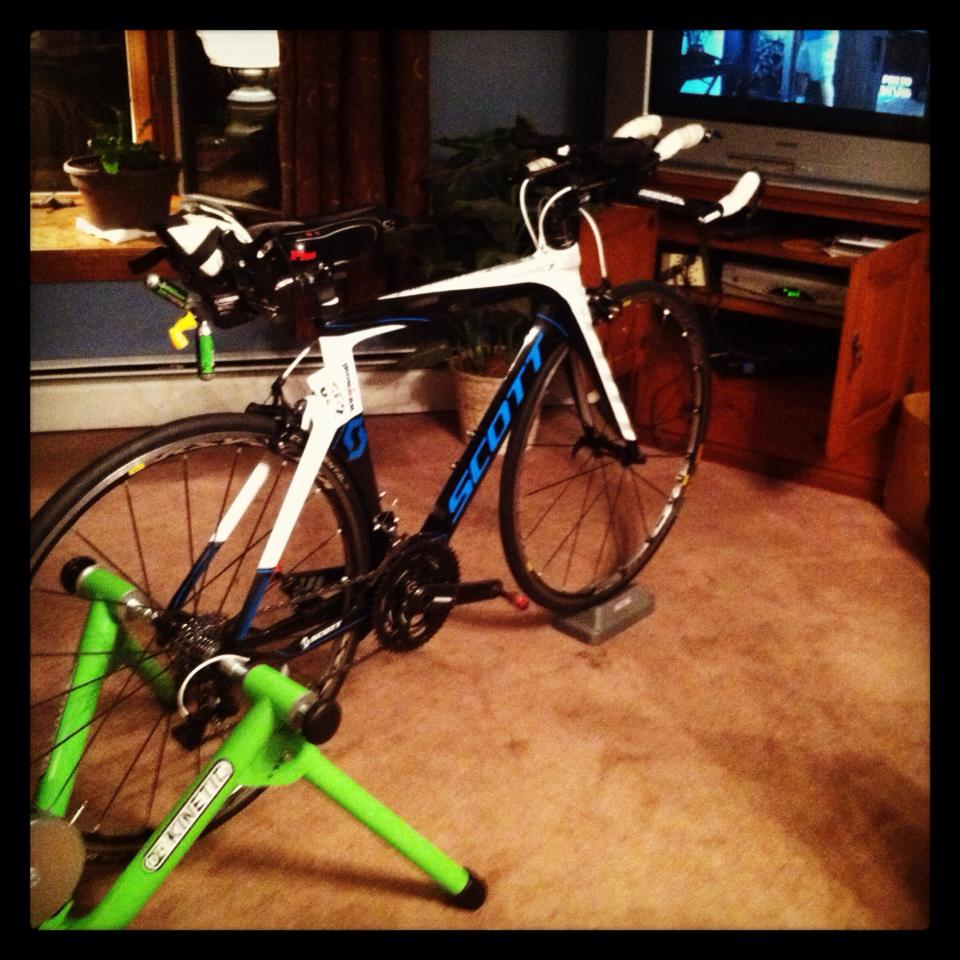 My latest pelvis issue is nothing short of frustrating. I hate not being able to do the things that I love. However, I think this injury has really confirmed my decision that this coming race season will be a light race season so I can focus on getting my hip healthy.

Do you have any nagging injuries?